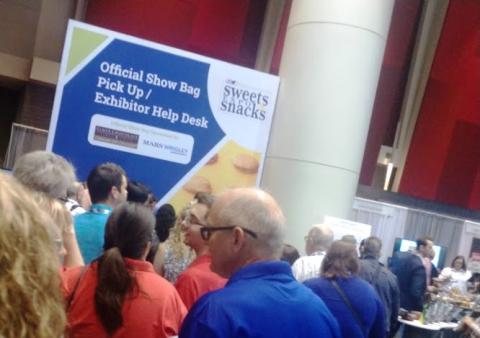 The line's always deep to pick up the coveted official sample bags at Sweet & Snacks Expo, which took place May 21-23 at McCormick Place in Chicago

Among food categories, candy and snacks are an innovation machine.

There were $1.8 billion in new product launches last year in snack foods and sweets, and they’re taking consumers to new places.

“Flavor innovation is critical,” IRI’s Larry Levin declared during the presentation of the Most Innovative New Product Awards at the annual Sweets & Snacks Expo, held May 21-23 in Chicago by the National Confectioners Association.

And the rise in snacking occasions has provided the category with a tailwind, added IRI’s Sally Lyons-Wyatt, noting that consumers are variously motivated by the desire for snacks that are healthy, permissible, indulgent and a treat.

With more than 300 entries in this year’s contest (judged by a broad panel of retailers and distributors), these exemplars of innovation, taste, packaging and sellability set the stage for the hundreds of products exhibited and sampled at this year’s expo.

Trends reflected in this field of entries included beverage influences, hot spices like ghost pepper, and exotic ingredients like lotus and shamrocks, plus new twists on old favorites.

“These are categories that build excitement, build experience that is essential to growth,” asserted Michael Sansolo, retail food analysis and awards emcee.

Among the award winners were Hershey’s Kit Kat Duos, a teaming of mint and dark chocolate that won the awards’ chocolate category; Peeps Jelly Beans from Just Born in the non-chocolate category, due out by next Easter; TicTac X-Freeze from Ferrero USA for gums and mints, the company’s first venture into strong mints; Kellogg’sCheez-It Snap’d crackers for salty snacks; and Triscuit Wheatberry Clusters by Mondelez International for savory snacks. Winning Best in Show, with the highest overall score, was Trolli Sour Crunchy Crawlers by Ferrara.

Flush with that success, Ferrara is enjoying double-digit growth in chocolates and non-chocolates, Greg Guidotti, GM of the company’s sugar portfolio, told PG. Its Black Forest gummy, Sweet Tarts and Nerds brands continue to grow through strategic partnerships, and the success of an improved recipe for Butterfinger since its acquisition from Nestle is prompting future improvements to its Baby Ruth and Crunch platforms.

Hershey displayed its emoji bars, coming to stores in July, with designs voted on by consumers in an effort to promote user engagement, along with Reese’s Thins and its prize-winning new Kit Kats. Hershey’s team also extolled the movement toward stand-up packaging that offers more opportunities for bold graphics and greater shelf presence at retail.

Mars Wrigley sampled several additions to its iconic M&M’s brand, including M&M’s with hazelnut spread and tablet bars that encase the candies in milk chocolate; and Extra Refreshers, a new soft-chew gum.

In addition to its winning TicTac X-Freeze, Ferrero displayed its Golden Gallery Signature samplers, designed to be a “journey through a flight of chocolates,” explained Shalini Stansberry, who works on the company’s U.S. premium chocolate business. The variety of flavors and textures are intended to inspire wine pairings or other experiential occasions. Meanwhile, the company’s Kinder Joy eggs, which pair a candy treat with enclosed toys, announced marketing partnerships with the “Star Wars” and “Frozen” movie franchises. Additionally, the new Kinder Bueno confection offers two individually wrapped bars in one pouch, delivering thin, crispy layers of chocolate and hazelnut.

Jelly Belly sampled its Recipe Mix that delivers two flavors in each jelly bean for combos like PB&J, s'mores and chocolate-covered banana, along with Candy Cupcakes, its mellocreme-based follow-up to the ice cream cone candies released a year ago.

Germany-based Haribo rolled out its Soft & Sweet Watermelon gummy candies, along with Zing Sour Bites, and shared updates of its first U.S. factory being built in southeastern Wisconsin.

Spanish gummy candy maker Fini displayed a new clean label gourmet line of black and red licorice, fruit-flavored candies and vegan marshmallows, along with 2-in-1 Flip It bags combining sweet and sour candies in the same bag but in separate compartments.

Godiva is jumping into the baking aisle, lending its luxury chocolate brand to a new line of baking chips and cake mixes. Further broadening accessibility to the brand are smaller sizes in its everyday and seasonal flower box lines and heart-shaped Goldmark boxes.

Peatos, with its pea protein-based alternative to traditional cheese-flavored salty snacks, introduced a multipack of five snack-size bags perfect for lunchboxes, as well as a ranch flavor to its lineup that includes classic cheese, chili cheese, fiery hot and masala.

Country Archer launched a new line of meat sticks due out in June: chorizo-flavored beef, pork in Maple Bacon and Pineapple varieties, and Hatch Chile turkey sticks. “We strive to be the Clif Bar of jerky – ingredients you can pronounce, organic when we can," remarked Country Archer’s Eugene Kang.

Arizona Beverage Co. is leveraging the power of its popular teas to roll out a branded line of snack trays featuring chips with salsa or cheese, along with fruit snacks as well as Crazy Cowboy branded jerky.

Oberto unveiled a complete brand refresh, with a new look for all its jerky and meat snack products, plus a launch of fresh products including a line of charcuterie. 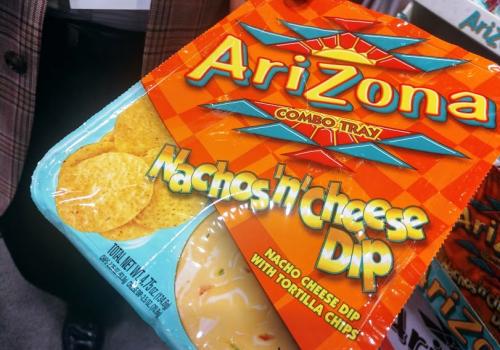 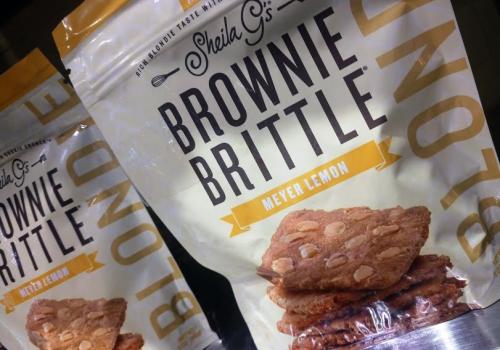 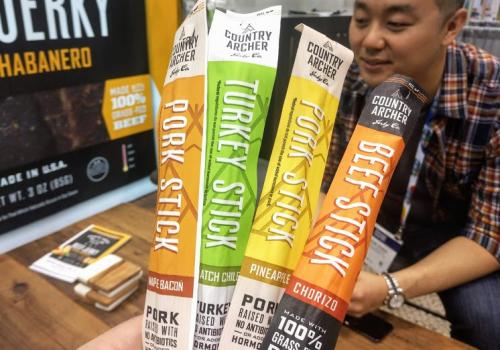 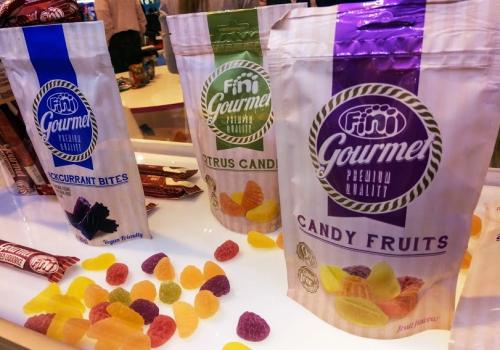 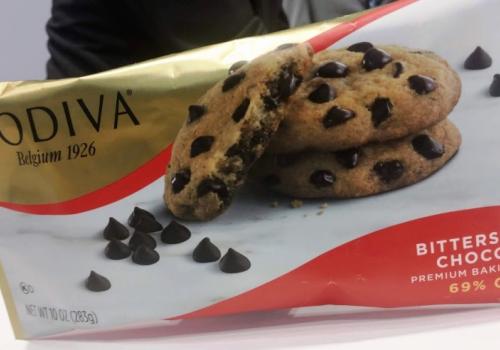 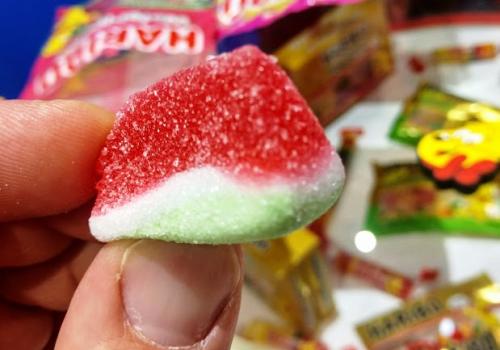 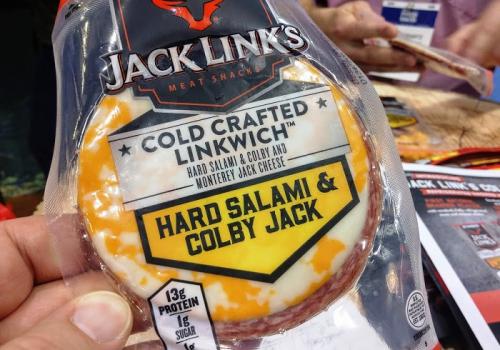 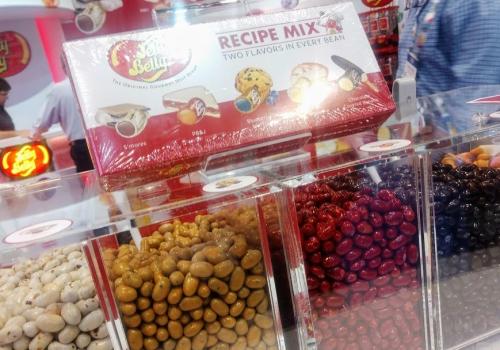 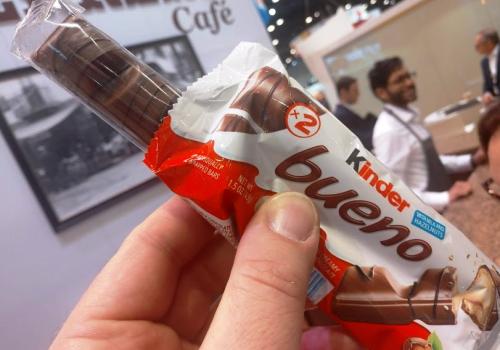 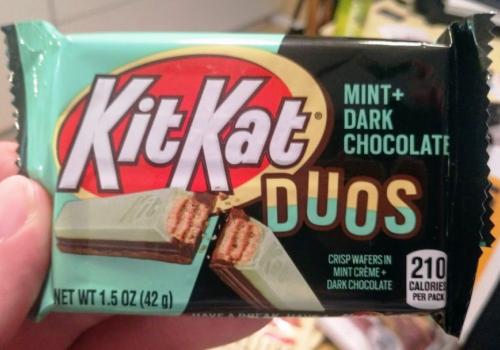 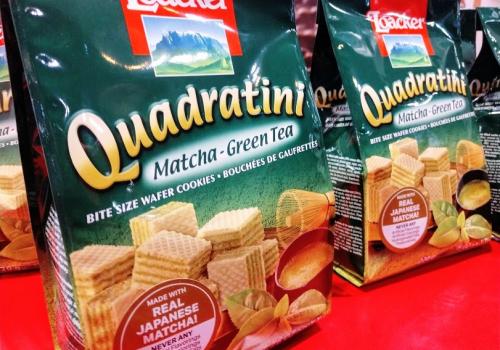 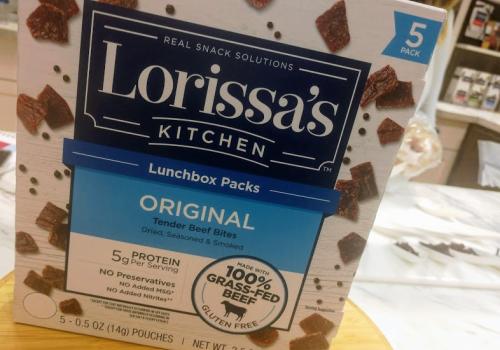 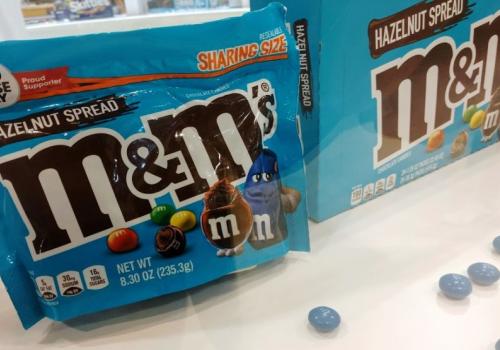 Hazelnut spread now inside this latest variation of M&M's
Image 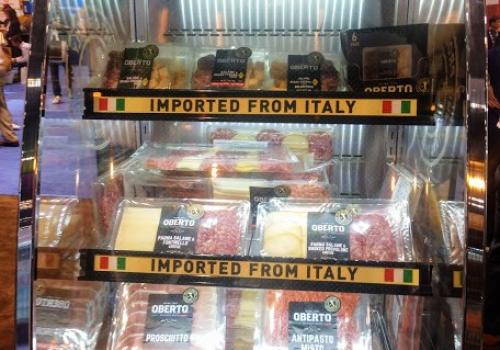 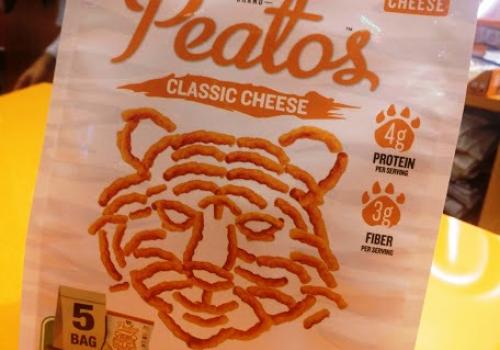 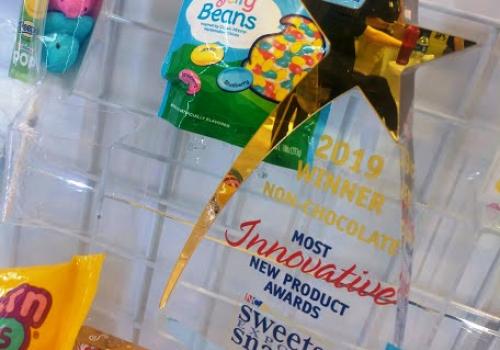 Ready for next Easter, jelly beans by Peeps
Image 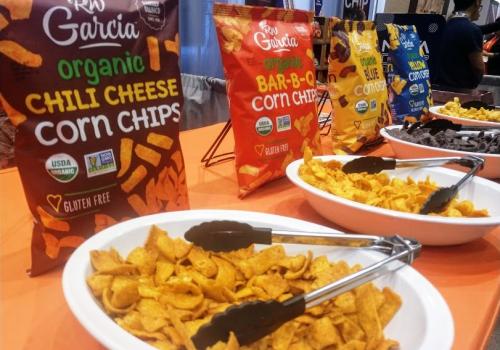 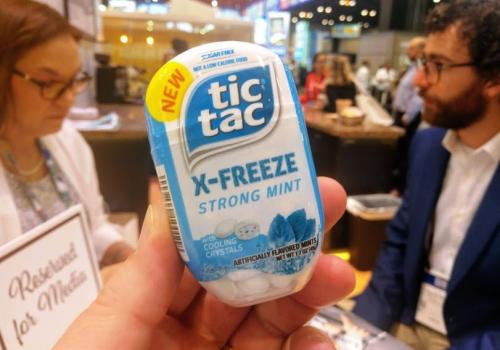