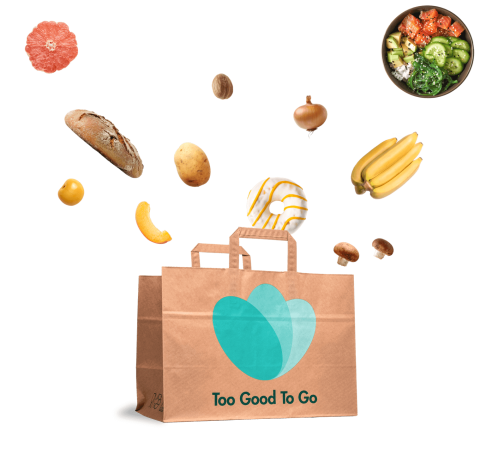 Via the Too Good To Go app, which has made its U.S. debut in New York City, consumers can order from local retailers discounted surplus food that comes in a signature "Surprise Bag."

Food waste-fighting app Too Good To Go has made its U.S. debut in New York City, which according to the Copenhagen, Denmark-based company, is one of the top food-wasting cities in the country. Among the Big Apple businesses using the app is upscale grocer Brooklyn Fare, with three locations in downtown Brooklyn, midtown Manhattan and the West Village.

Available for IOS in the Apple store or Google Play for Android, Too Good To Go connects food retailers to neighborhood residents, enabling them to save meals by picking up surplus food that would otherwise be thrown out. The app has already rolled out to 15 markets, among them Italy, Spain, the United Kingdom and France, with more than 25 million downloads. Collectively, these consumers have saved 43 million meals using Too Good To Go, the company noted.

“The reality is reducing food waste is one of the most impactful ways to help the environment, and everyday changes, like using the Too Good To Go app, are a great way to start,”  said Lucie Basch, co-founder of Too Good To Go. “By the time a consumer uses the service two times, they’ll have prevented the CO2 equivalent of charging 638 smartphones.”

Added Basch: “Our model has been to bring the Too Good To Go solution to some of the biggest cities in the world, helping inspire and empower large communities to take action swiftly. The team has set its aspirations high by picking [New York City] because the opportunity to make an impact is so great. We’re excited to show people it’s an easy, fun, and delicious way to start making a positive impact now.”

Once registered on the app, users can choose from their favorite local retailers to get food at a third of the usual price. This results in consumers obtaining great food, placed in a Too Good To Go "Surprise Bag"; store owners no longer throwing away surplus items; and retailers and consumers reducing food waste.

Almost 200 New York City partners have already signed on for the launch in Manhattan and Brooklyn; aside from Brooklyn Fare, they include Tartinery, Breads Bakery, Black Seed Bagel, Stumptown Coffee and Prince St Pizza.

“While climate change issues often feel overwhelming, this is an immediate win for restaurants, consumers and the environment that can make an impact right away,” observed Gaeleen Quinn, Too Good To Go’s East Coast director. “We look forward to expanding to all five boroughs and are excited to be a part of a positive movement that also helps advance New York City’s ambitious zero-waste goals.”