Impossible Foods veteran David Lee has landed another gig in the food innovation and tech space.

The former CFO and COO of the plant-based food provider has joined AgTech firm Benson Hill as an independent director. He also will chair the audit and risk committee.

Earlier this year, Lee become the president of AppHarvest, an AgTech company building some of the country’s largest indoor farms and combining conventional agriculture techniques with cutting-edge technology to grow affordable, nutritious fruits and vegetables at scale.

Lee worked at Impossible Foods from 2015 to early 2021, according to his LinkedIn profile. He’s also held leadership positions at Zynga, Del Monte Foods and Best Buy.

“David has a strong reputation for driving growth at mission-driven companies using innovation to deliver transformational change and the experience and product attributes consumers want,” said Benson Hill CEO Matt Crisp. “His leadership and acumen helped to develop the market conditions that support the sustained global demand for plant-based protein that we see today. David will bring a valuable perspective and ensure we are well-positioned to provide improvements in health, taste, sustainability and affordability that will drive continued scale and differentiation across multiple plant-based protein markets.”

Benson Hill describes itself as a leading food innovation engine that combines data science and machine learning with biology and genetics. Benson Hill says it empowers innovators to unlock nature’s genetic diversity from plant to plate, with the purpose of creating healthier, great-tasting food and ingredient options that are both widely accessible and sustainable.

“The plant-based protein segment continues to mature and evolve at a rapid pace. I believe premium ingredients provide one of the biggest opportunities for value creation and long-term growth in this space,” said Lee. “Benson Hill’s technology-enabled innovation engine allows the company to unlock efficiencies and create new value for customers at an impressive pace. I am committed to supporting the company’s continued growth and leadership in the plant-based segment and, looking ahead, in other food and agriculture market segments that are ripe for similar development.”

In addition, St. Louis-based Benson Hill announced the appointment of veteran finance executive DeAnn Brunts as a member of the company’s board and CFO. Brunts will report to Crisp and serve on the company’s Executive Leadership Team. 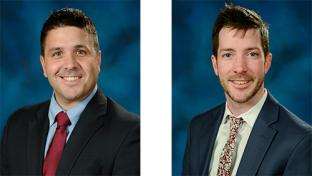 Brothers Colin and Christian D’Amour have charge of gas and c-stores, e-commerce, respectively 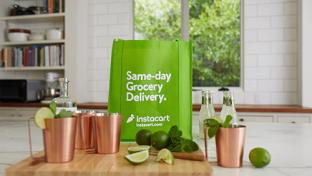