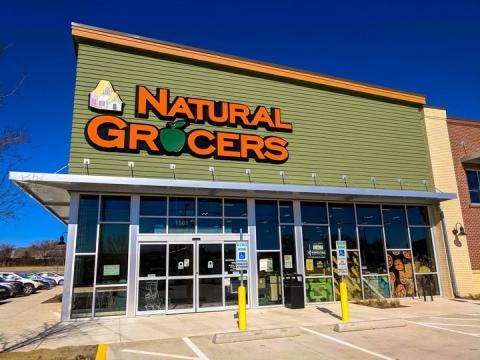 Lakewood, Colo.-based Natural Grocers has more than 3,500 employees and operates 153 stores in 19 states

One of the most overlooked players in the grocery space just had another impressive fiscal quarter as it looks to continue expanding a store footprint that has a long runway for growth.

Natural Grocers, based in Lakewood, Colo., increased its net sales by 4.5% to $227.2 million during the fourth quarter ended Sept. 30. Same-store sales, meanwhile, increased 1.8% during the period (with a 3.1% increase for fiscal 2019) as shoppers flocked to its stores full of natural and competitively priced food.

"We are pleased with our fourth-quarter and full-year results, achieving our guidance for daily average comparable-store sales growth while exceeding our diluted earnings per share guidance," said Kemper Isely, co-president. "As we look forward to fiscal 2020, we remain focused on driving profitable growth and will continue to execute our operational and marketing initiatives, while leveraging our differentiated model and commitment to our founding principles."

With a current footprint of 153 locations in 19 states, Natural Grocers is poised for store unit growth and improved profitability. The company’s small format (stores of around 10,000 square feet) provides lots of flexibility to open stores in various urban and suburban locations. In addition, Natural Grocers so far has been opening just a few stores a year. This moderate store growth strategy, along with a focus on keeping expenses down and an aggressive expansion of its increasingly popular private-brand products, is poised to support slow but sustained growth for the company.

So far in 2019, Natural Grocers has launched 47 new Natural Grocers brand products. During a fourth-quarter earnings call, Isely said that the grocer would launch 70 more of them in 2020.

“Our private-brand products have been developed consistent with our core values and are positioned as a premium-quality brand at an affordable price,” he noted. “We remain encouraged by the customer response to date, and we'll continue to expand our Natural Grocers brand offerings, targeting the launch of an additional 70 products in fiscal 2020. We believe that Natural Grocers brand has significant long-term potential, and we plan to continue to focus on its growth and expansion.”

Isely added that the retailer would be identifying new product categories that "resonate with consumers to drive sales." One of those categories is CBD.

"A recent example is the addition of hemp-derived CBD products across the majority of stores during fiscal 2019, which have been very well received," he said. "We have worked diligently to source high-quality products produced by trusted suppliers and in GMP Certified facilities."

In October, the retailer launched a new ranking system for every fresh meat product it sells. Specifically, the grocery chain has launched a ranking system for its fresh and frozen meat products, designed to help customers easily identify and find the quality standards they're looking for. According to Natural Grocers, the new ranking system, which identifies meat and seafood products as bronze, silver or gold, is based on criteria that matter to consumers and improves transparency, which is often lacking in label claims.

The company also said at that time that it had refreshed its meat and seafood departments in all of its grocery stores. The new and improved departments feature quality and exotic varieties of grass-fed meat, pork, poultry, fish and seafood. Customers can now expect a wide variety of offerings, including bison, beef, yak, wild boar, elk, venison, lamb, pork, chicken, turkey, ostrich, cod, mahi mahi, salmon, scallops, shrimp, tuna, pollock, rockfish and sole.

During the fourth quarter, operating income at Natural Grocers was $2.8 million. Net income was $1.4 million, with diluted earnings per share of 6 cents.

The company has signed leases for five new stores and acquired the property for two additional new stores to be located in Colorado, New Mexico, Oregon, Utah and Washington. These new stores are planned to open during fiscal 2020 and beyond.