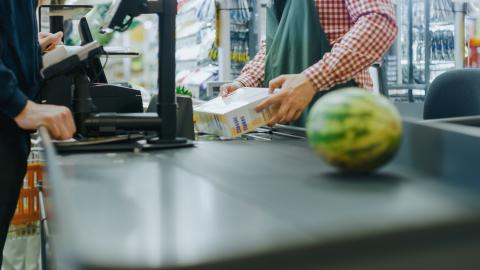 Reflecting the ubiquitous “We’re Hiring” signs, frequent job fairs and other recruitment blitzes, the latest figures from the federal government confirm that employment challenges in the grocery industry are real and ongoing. According to the latest report from the U.S. Bureau of Labor Statistics (BLS), the number of employees at grocery and food/beverage retailers declined by 7,500 from January 2021 to January 2022. The BLS estimated that 3.108 million workers are currently employed by food and beverage retailers, compared to almost 3.116 million in December and, on a year over year basis, 3.150 million in January 2021.

While losses continued in the grocery sector, general retail trade employment rose by 61,000 in January. Growth came from general merchandise stores, health and personal care stores, sporting goods, hobby/book/music stores and building material and garden supply stores. Also, as Omicron cases may have peaked and consumers resumed more away-from-home activities, jobs grew by 151,000 in the leisure and hospitality industries, including in the foodservice business.

In contrast, there were job gains in the grocery industry this time last year. Grocers and other food/beverage retailers added 15,000 people to their employment rolls in January 2021, building on other gains in 2020.

In general, the unemployment rate held steady last month, hovering around 4% with an estimated number of unemployed people at 6.5 million. A strong market for jobs, coupled by career shifts amid the “Great Resignation,” may be fueling some recruitment and retention issues in the grocery industry that has been greatly affected by the pandemic, consumers’ shifting buying habits and rising wages in other sectors.

Where are employees going? While there’s no one business area siphoning jobs away from grocers, the BLS data for January shows that the number of people who chose part-time work for economic reasons is declining, likely because many have found fill-time positions. The data also shows that the number of “job leavers” jumped to 952,000 in January, likely attributable to shuffling within and beyond the retail trade business.

In response to the current and future dearth of workers in the industry, some food retailers have continued to sweeten their wages and benefits. For example, following a highly-publicized strike by King Soopers workers in Colorado, the Kroger-owned retail banner reached a settlement that includes wage increases of at least $2 an hour for most workers and hikes as high as $5 an hour for other employees.