By Bob Phillips - 04/01/2007
Get great content like this right in your inbox.
Subscribe
Consumer demand has been steadily rising for good-for-you products in many CPG categories, primarily consumables where low-fat/no-fat, low-cal/no-cal, low-carb, all-natural, and organic products have steadily gained favor. Now the "green" movement is finally showing evidence of taking hold in the most unlikely of domains: the household cleaning aisle.

"Having just returned from the Natural Products Expo, there's absolutely no question in my mind that as consumers are looking for more socially responsible companies of all kinds, this category is going to grow," says Phil Lempert, the food editor for NBC's "Today" program and a regular contributor to Progressive Grocer. "Especially right now, with Al Gore getting an Oscar and the media attention that's been generating on the environment, people are more concerned about it than ever before."

Environmentally friendlier household cleaners are making their mark not only in the natural channels, but in mainstream supermarkets as well.

In 2006 eco-friendly household cleaners and supplies generated $120.2 million in sales in natural supermarkets with over $2 million in annual revenue, as well as conventional food/ drug/mass outlets (excluding Wal-Mart), according to SPINS, Inc., a Schaumburg, Ill.-based market research firm that tracks natural product sales. That represented 15 percent growth over 2005.

According to data from ACNielsen, meanwhile, dollars of traditional household cleaners declined 1.2 percent in the supermarket channel, and grew just 0.1 percent in the food, mass, and drug channels (excluding Wal-Mart). The category did account for far more dollars -- $1.3 billion in supermarkets, and $1.8 billion in the other channels.

"Green cleaning products currently represent less than 1 percent of the total cleaning market, but are growing rapidly," says Sheila McCusker, editor of "IRI Times & Trends," a report from the market-tracking firm IRI. "There is significant upside in green products that also have other benefits, such as enhanced performance, convenience or innovative packaging, that enable appeal to a broad audience, while also serving the needs of the growing number of consumers who are environmentally conscious.

"Healthy Home consists of about 40 products, most of which we haven't carried before," explains Stop & Shop spokesman Rob Keane. "Healthy Home is a four-foot section of the aisle consisting of environmentally friendly cleaning products, including everything from air fresheners that don't use propellants to dishwashing detergent that doesn't use harsh chemicals, and different kinds of soap."

The program's execution is still relatively fresh, having been in stores only since December 2006, but without sharing numbers, Keane reports that the program is doing quite well.

"That was the impetus behind our Nature's Promise store brand that includes various food categories made with all-natural ingredients," he adds. "People are more conscious about what they consume, so this growing market for environmentally friendly detergents and cleaning supplies is consistent with the overall trend. We're encouraged about what we've seen so far."

To be sure, going green is no cheaper in this category than it is in most others. Traditional counterparts are readily available at a significantly lower price point. This leads to skepticism over whether green cleaners will ever grow beyond a niche. So far the segment's appeal is pretty specific.

"I think that these kinds of products are big among baby boomers, and they're big with young households just forming -- the 22- to 30-year-olds," says Lempert. "It's the Whole Foods shopper and the Trader Joe's shopper. I don't think it's Gen X, because Gen X just hasn't figured it out yet; they aren't socially responsible. But I do think it's Gen Y. It's socially responsible people -- those who are driving hybrid vehicles and asking for paper bags at checkout rather than plastic."

"In general, they are women, mothers, with income that skews toward the high end," explains Beth Gross, customer marketing director for Method Products. "They are also generally highly educated. We've found that niche is getting bigger and bigger."

According to Gross, a life-changing event often spurs one's move into the eco-friendly CPG segment. Sometimes it's new parenthood. Or perhaps it's developing allergies or asthma. Even bringing pets into a household can spark a reassessment of what consumers are putting into their bodies and bringing into their homes.

"The idea of saving the planet is a little too daunting for many people to embrace," continues Gross. "But when you bring this into the home, it becomes personal."

Players in the category say further growth will depend on two simultaneous developments: education of consumers about the products themselves, and education of the trade about how best to merchandise them.

"Having said that, look for Hain Celestial to become a much bigger player in the segment, because of the great opportunities it sees," suggests Lempert.

One way to educate retailers about the benefits of green products, and to have that knowledge passed on to consumers, is by manufacturers taking a grassroots approach to marketing.

"We find that educating store staff by providing them with samples is really helpful," explains Maggie Dawson, founder of Big Sur, Calif.-based Maggie's Pure Land Products. The company offers Maggie's Soap Nuts, the dried fruit of the Chinese soapberry tree, which can be used as a natural detergent.

Adds Dawson: "In-store demos are another useful merchandising tool. Having small sample sizes in the front of the store for trial would also go a long way to introducing consumers to natural products."

Still, merchandising the segment can be a challenge -- one that often requires creativity and innovation.

"The focus of my job is education at the store level," says Method Products' Gross. "At Gristedes [a chain with about 40 stores, mostly in Manhattan], for example, they've done a whole window banner that talks about Healthy Home and the green products available."

At Safeway, Method has taken a "downward" look -- with floor talkers -- and found it quite effective in getting its message to shoppers. "They showcase our products in a mosaic design, but they also communicate with shoppers about the environment," says Gross. "For instance, instead of saying 'Happy New Year,' they'll say 'Healthy New Year.' It's just a matter of tweaking your messaging to say that as a retailer, you have your consumers' health as a priority."

Lempert doesn't think that segmenting the eco-friendly cleaners from the traditional cleaners is necessary, but educating consumers as to performance expectations is vital. According to Lempert, an eco-friendly cleanser using all-natural fruit and/or vegetable ingredients can't be expected to perform as well as industrial-strength cleaners filled with bleach and other high-octane toxins.

"There has to be some education here for people to really understand how these products are going to perform and, frankly, to promote them in a way that shows the benefit for the environment and the world, vs. the benefit to the individual consumer alone," he says.

From a retailer's perspective, with a growing legion of shoppers looking for these products, carrying them and, indeed, promoting them can have quite a positive result: countering the erosion of grocery shoppers leaving to spend their money in competing channels.

"Right now there is such a challenge for retailers to prevent channel leakage," says Gross. "Consumers are cherry-picking. They're going to club for this and grocery for that, and mass and drug for other products.

"The best thing supermarket retailers can do is to educate consumers that they have these products available. It brings them premium equity by providing an eco-association with their store. That's the problem right now. Supermarket retailers are trying to make themselves special in order to differentiate themselves from other retailers. What better way is there to do it?" 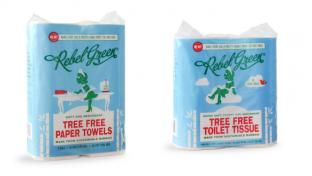 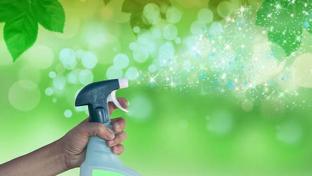 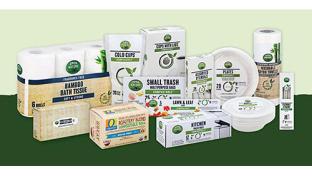 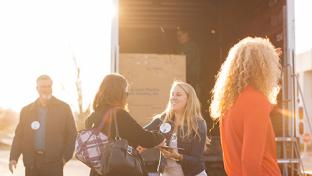 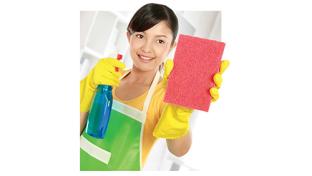 Nonfoods
New Ways for Grocers to Clean Up