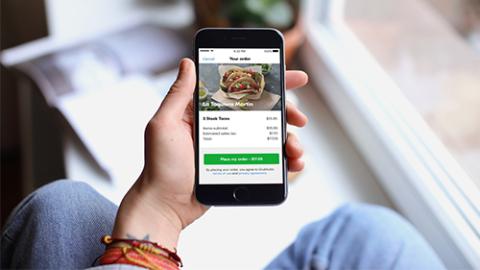 Food delivery services have made it easy to avoid a trip to the grocery store, creating a challenge for conventional food retailers that won’t be solved by an enhanced store experience alone, according to Progressive Grocer sister publication Retail Leader.

Services provided by the likes of Uber Eats, Grubhub and Waitr facilitated roughly $5 billion in food sales during the second quarter, sales that might have been purchased at conventional food retailers were it not so easy to have food delivered from so many different restaurants. The dramatic growth of food delivery is helping food away from home, which surpassed sales of food at home nearly a decade ago, further accelerate and expand.

For example, Uber Eats Monthly Active Platform Consumers (MAPCs) increased 140 percent in the second quarter, and more than 40 percent of new Eats consumers had never used Uber’s platform before, according to the company. Overall, Uber Eats facilitated $3.4 billion in food sales in the second quarter, a 91 percent increase from the prior year, from 320,000 restaurants, and is on a trajectory to achieve annual gross bookings of approximately $15 billion.

By comparison, Grubhub’s gross food sales increased 19.6 percent to $1.46 billion during the second quarter. Grubhub works with 125,000 restaurants in more than 2,400 cities.

The much smaller Waitr Holdings platform said that its gross food sales increased 179 percent to $183 million and that active diners increased 248 percent to 2.4 million.

Delivery of prepared foods is an area where conventional food retailers lag by a wide margin, even though many leading operators possess in-store food preparation capabilities.