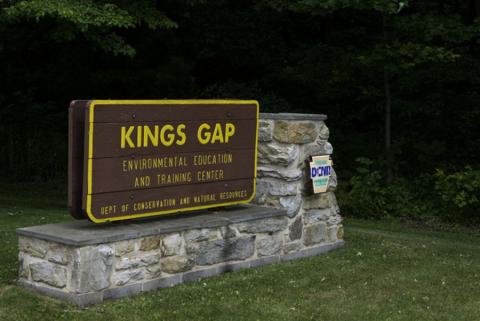 The event, the first of several planned, stems from Giant Food’s Reduced Emissions Program, which was created in collaboration with Atlanta-based technology and service company GreenPrint LLC.

“This is a great opportunity for both Giant/Martin’s and Keep Pennsylvania Beautiful to go the extra mile and make a difference, together, right here in the communities we work and live in across the commonwealth,” said Manuel Haro, Giant/Martin’s VP, strategy.

Since this past April, for every qualifying gallon of fuel purchased at the Ahold Delhaize USA division’s 99 fuel stations, GreenPrint will invest in carbon projects around the world, such as creating local greenscapes or tree plantings. These efforts will offset up to 30 percent of customers’ tailpipe carbon emissions.

“We are excited to build on our existing relationship with Giant through the Reduced Emissions Program,” noted Shannon Reiter, president of Greensburg-based Keep Pennsylvania Beautiful, a state affiliate of Keep America Beautiful Inc.  “Giant is a sponsor of the Great American Cleanup of PA and for the last two years has provided recycled content benches to schools participating in our Litter Free School Zone program. We look forward to supporting Giant employees wanting to engage directly in their communities through this new effort.”

Among its other green initiatives, Giant Food recently revealed that its Cleona, Pa., location was the first in the chain to achieve zero-waste status, meaning that 90 percent or more of a store’s total waste is being diverted from a landfill or incineration.

In 2017, the grocer saved more than 930,000 trees by recycling cardboard at all of its stores and distribution centers. Since 2011, Giant and its parent company have diverted more than 1 billion plastic bags from the waste stream through more efficient bagging, increased usage of reusable tote bags by customers, and turning plastic bags into 1,500 donated park benches through its Bags to Benches program. Currently, 77 percent of all waste generated by Giant Food stores is diverted through recycling and composting.

Giant Food has more than 170 stores in Pennsylvania, Maryland, Virginia and West Virginia under the Giant Food and Martin's banners, employing more than 30,000 associates. Its parent company, Ahold Delhaize USA, is No. 4 on Progressive Grocer's 2018 Super 50 list of the top grocers in the United States.