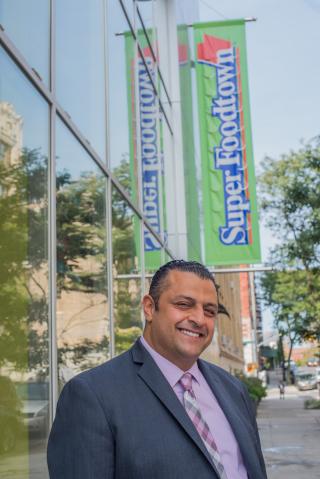 Nasri Abed, owner of Foodtown of Washington Heights, is a big believer in the Allegiance Retail Services cooperative of which his eight stores are part. “One thing about Allegiance and … Foodtown, they have a program that caters to everybody,” enthuses Abed, a member since 2010. “I’ve been in the supermarket business over 25 years, and the Foodtown circular is one of the best in the street I ever saw, hands down. I don’t see any program better than them.” He’s also a strong proponent of the co-op’s label system, which calls out various product attributes, including organic and natural items.

“Being part of the Allegiance Retail Services co-op avails us [of] over 100,000 SKUs and nearly 20,000 natural and organic items … all at great values to the customer,” notes John T. Derderian, president of the Iselin, N.J.-based co-op. “The merchandising and marketing activities handled by the co-op afford us the opportunity to focus solely on store operations. The back-office staff negotiate the best everyday and promotional deals and provide all the marketing collateral and messaging, so we can deliver the best store [experience] to the consumer every day.”

As for what Abed’s plans are regarding future Foodtown stores like the one in Washington Heights, Derderian says: “They have several projects in various stages of the pipeline. They are believers in both [locations in] food deserts and upscale-clientele stores. New York is a melting pot that allows them to fit the store to the need of the neighborhood. This operator has stores servicing both types of consumers, and [has] shown a great ability to successfully merchandise to both.”