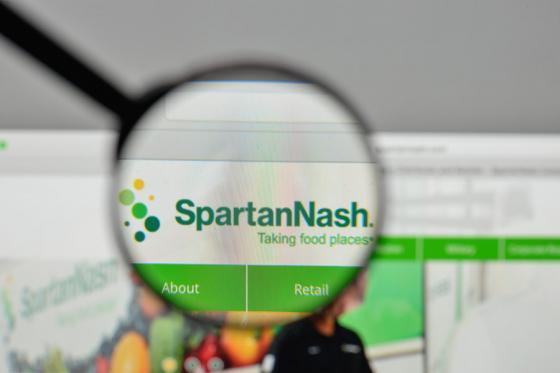 Grocery retailer-wholesaler SpartanNash Inc. experienced growth in overall net sales during the fourth quarter of its fiscal 2018, although the growth was powered by only one of its three divisions.

During the period, which ended Dec. 29, 2018, consolidated net sales rose 0.6 percent to $11.3 million compared with the same quarter a year prior. The food distribution business' continued sales growth was behind this increase, although it was partly offset by lower sales in military distribution and retail.

Breaking Down By Division

Among the three divisions, food distribution was the bright spot during the quarter. There, net sales rose 4.7 percent compared with the same period a year prior, reaching $954.4 million. This was driven primarily by growth from existing and new customer programs.

Military distribution and retail didn't perform so so well during the period, however. For military distribution, net sales dropped 2 percent to $513.3 million compared with the same quarter a year prior. This was due mostly to lower comparable sales at Defense Commissary Agency (DeCA)-operated locations, partly offset by incremental volume from new business with an existing customer that began late in the quarter and DeCA's private label program.

For retail, net sales fell 4.8 percent to $429.1 million in the quarter. This was mostly due to lower sales resulting from store closures of $12.3 million and a 1.9 percent drop in store comps, excluding fuel.

Altogether for fiscal 2018, consolidated net sales grew 1.3 percent to reach $8.06 billion compared with the prior year. Driving the net sales increase was sales growth in food distribution and military distribution of 4.3 percent and 1.1 percent, respectively. Partly offsetting were lower retail sales of 4.3 percent.

Consolidated net sales for the fiscal year ended Dec. 29, 2018, increased $100.8 million, or 1.3 percent, to $8.06 billion, from $7.96 billion in the prior fiscal year. The increase in net sales was driven by sales growth in food distribution and military distribution of 4.3 percent and 1.1 percent, respectively, partly offset by lower retail sales of 4.3 percent.

SpartanNash said the the next one or two years will be "conducive to its acquisition strategy," a key component of its long-term strategic objective to evolve into a growth company focused on developing a national, highly efficient distribution platform that services a diverse customer base via three complementary business units. The company has executed several corporate-level strategic actions to position itself to deliver on these objectives:

"We are excited to see this initiative empowering our associates at all levels to drive sustainable improvements in our business as we take full advantage of the growth opportunities we expect to see over the next one to two years," Staples said.

While Project One Team is still early in its deployment, SpartanNash is focused on opportunities in all aspects of its business, including those that boost supply chain efficiency, leverage technology and improve the products and services offered to customers.

The company also took numerous actions at the segment level:

"As we look forward over the next couple of years, we believe the landscape will continue to provide us with growth opportunities through acquisition, new customers and expanded programs with existing customers, Staples said. "That said, we still expect the operating environment to remain challenging during fiscal 2019."

He added: "Our top five objectives for fiscal 2019 are: Achieve mid-single-digit sales growth; drive adjusted operating earnings and adjusted EBITDA growth over the prior year; realize $15 million of savings over the next 24 months from Project One Team; strengthen our management team; systems and supply chain operations to further position the company for future growth; and reduce our debt levels and financial leverage ratios to facilitate achieving our strategic objectives."

For fiscal 2019, SpartanNash expects mid-single-digit sales growth, including the Martin's acquisition. By division:

Grand Rapids, Mich.-based grocery distributor and retailer SpartanNash is No. 35 on Progressive Grocer's 2018 Super 50 list of the top grocers in the United States. 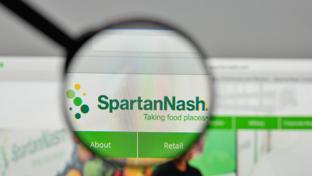 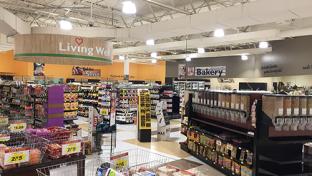