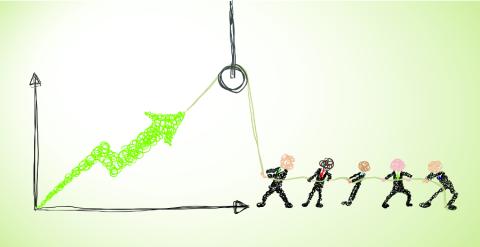 (Editors' Note: This is part three of a three-part series. You can read part one here and part two here.)

Today’s CPG brand and retail marketers are working in a crazy and hypercompetitive market. They must be spot on with every element of their ad campaigns (message, creative, media, offer, targeting and more), or they risk annoying or losing shoppers and wasting budgets. Further, with digital campaigns consuming an increasing percentage of the ad budget, marketers must be able to continuously improve their return on ad spend (ROAS), and have the metrics to prove it, or they may risk losing their jobs.

One important and often overlooked capability in the CPG and retailer marketer’s arsenal today is in-flight optimization (IFO): the ability to adjust campaign elements while the campaign is in the field. When marketers can understand which specific campaign elements are performing well and not so well, they can make necessary adjustments, maximizing their impact. Typically this has been challenging for retailers and brands to measure quickly, but with the breadth of offline data sources available and the ability to connect exposure, we now have the ability for quick attribution reads.

Prior to IFO, a campaign would be underway for approximately 12 weeks before marketers could receive performance data. By this point, significant media waste would have occurred if certain campaign elements weren't performing well. With IFO, marketers can now get campaign reads in as little as four weeks and weekly thereafter, allowing them to course-correct the campaign, preserving precious budget and even shoppers.

Here’s one example: A well-known consumer brand and innovative retailer wanted to initiate a digital campaign focused on driving sales, and were eager to understand which specific buyer segments performed best for the retailer.

Specifically, the brand and retailer wanted to understand:

Initially, the brand and retailer used three CPG-defined segment groups with different attributes and created these audiences via three methods:

The mix of audience groups included consumers who had purchased in a given week and another group that didn't purchase. The brand and retailer were also able to send additional impressions to the group that hadn't purchased. This capability could only be activated through the use of 100 percent deterministic audience targets, which have been proved to provide substantially more uplift (three to four times more) in campaigns versus other types of targets, such as behavioral or demographic.

The campaign integrated IFO capabilities, not only for reallocating impressions during the campaign, but also for adjusting their buyer targets weekly. The retailer programs, as well as the national programs, were adjusted with the impressions so that the campaign drove more sales overall.

Strategizing and executing the campaign required close collaboration among three main entities: the ad agency, the demand-side platform provider (DSP) and the frequent shopper program (FSP) data provider. The data provider supplied an initial audience for the campaign and supplemental weekly audience updates. These audiences were 100 percent verified audiences; i.e., audiences were targeted based on what they've previously purchased in-store.

The DSP used the weekly refresh of audience data to optimize the campaign; i.e., it looked for patterns between households that have purchased the advertised product in the most recent week and the historical record of what elements of the campaign the households that purchased were exposed to. Types of information a DSP typically looks for include a particular ad size, campaign creative or  specific site that drove the most recent purchases.

Weekly audience updates also helped the DSP and media agency understand which types of households that viewed a particular ad size, campaign creative or specific site were more likely to purchase. This helped them reallocate media tactics to these ad types or sites, based on actual brand purchasing.

The results were immediate and dramatic: The campaign drove a 23 percent increase in sales lift during the two-month campaign, two times higher than the last 200 campaigns IRI had measured.

The 100 percent deterministic verified audiences drove sales lift of 187 percent compared with the control group, versus a 10 percent lift seen using contextual or demographic targeting techniques. It also achieved a 17 percent increase in penetration and a 5.3 percent increase in occasions.

The IFO campaign segment outperformed non-IFO with a 27 percent versus 19 percent sales lift, respectively. The strong sales lift was driven primarily by increased penetration during the campaign.

The campaign also delivered impressions evenly throughout the two-month period and enjoyed a steady increase in unique reach. IRI experience has shown that campaigns perform best when they continue reaching new households, with a rate of approximately 10 percent-plus per week as optimal.

Next steps for the campaign included determining whether the penetration and occasions lift continued into the new year, typically a slow period for this product. Future campaigns will benefit from dropping the non-IFO segment and focusing exclusively on IFO elements. Additionally, continuing to reach new households in future campaigns will be another key to success.

In an environment where consumers are constantly bombarded with marketing messages and will remember when a campaign incorrectly targets them -- or, even worse, makes a blunder -- it's essential for advertisers and their agencies to take a new look at how they can better activate shoppers. IFO is an essential tactic to maximize campaign success.