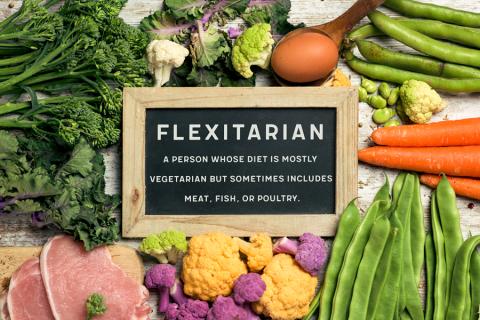 Flexitarians are on the rise, as indicated by a Gallup poll that found rates of vegetarianism and veganism hadn't changed, although sales of plant-based foods had risen dramatically

Rising sales of plant-based foods, without a corresponding increase in the percentage of Americans who identify as vegan or vegetarian, likely indicates a greater overall interest in such products, meaning that U.S. consumers want to incorporate more plant-based options in their diets, but are unwilling to give up animal proteins altogether, according to the findings of a recent Gallup poll. These results are in keeping with the current flurry of attention generated by the “flexitarian” diet.

The poll found that fewer than one in 10 Americans describe themselves as vegetarian or vegan, with 5 percent in the United States identifying vegetarians and 3 percent as vegans – numbers that have changed little over the past few years.

The reasons that consumers may choose to eliminate meat from their diets include ethical concerns regarding animals or the environmental impact of agriculture, religious beliefs or health concerns.

Poll results were based on telephone interviews conducted July 1-11, with a random sample of 1,033 adults, age 18 and older, living in all 50 U.S. states and Washington, D.C.