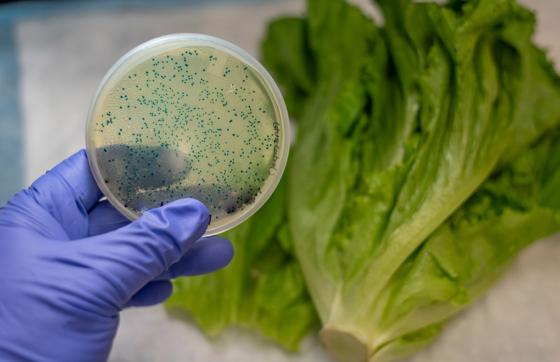 The FDA's continuing traceback investigation of an E. coli outbreak linked to romaine lettuce has led it to a particular farm in California's Santa Barbara County

After issuing a warning last month in regard to a multistate outbreak of E. coli O157:H7 linked to romaine lettuce, and then narrowing that advisory to romaine grown in the Central Coast region of California, the Food and Drug Administration has now traced the foodborne illness’ origin to a specific farm.

According to a statement from FDA Commissioner Scott Gottlieb, M.D. and Deputy Commissioner Frank Yiannas, the agency has “identified a positive sample result for the outbreak strain in the sediment of a local irrigation reservoir used by a single farm owned and operated by Adam Bros. Farms in Santa Barbara County. The FDA will be sending investigators back to this farm for further sampling.”

Gottlieb and Yiannas hastened to point out, however, that “the finding on this farm doesn’t explain all illnesses, and our traceback investigation will continue as we narrow down what commonalities this farm may have with other farms that are part of our investigation. While the analysis of the strain found in the people who got ill and the sediment in one of this farm's water sources is a genetic match, our traceback work suggests that additional romaine lettuce shipped from other farms could also likely be implicated in the outbreak. Therefore, the water from the reservoir on this single farm doesn’t fully explain what the common source of the contamination. We are continuing to investigate what commonalities there could be from multiple farms in the region that could explain this finding in the water, and potentially the ultimate source of the outbreak.”

To date, the FDA’s investigation has uncovered records from five restaurants in four states identifying 11 distributors, nine growers, and eight farms as potential sources of contaminated romaine lettuce. However, there’s no single establishment in common across the investigated supply chains, so despite the positive sample from one farm, the outbreak may not be due to a single farm, grower, harvester or distributor.

The new information did allow the FDA to slightly revise its consumer recommendations, however, as Gottlieb and Yiannas noted: “[W]e feel there is no longer a reason for consumers to avoid romaine lettuce from San Luis Obispo, Santa Cruz and Ventura counties in California, provided it was harvested after Nov. 23. If consumers, retailers and foodservice facilities are unable to confirm that romaine lettuce products are from unaffected sources, we urge that these products not be purchased, or if the products have already [been] purchased, they should be discarded or returned to the place of purchase.”

Additionally hydroponically and greenhouse-grown romaine appears to be unrelated to the current outbreak, so consumers or retailers may use romaine harvested from those sources.

As of mid-December, the outbreak has caused 59 people to fall ill in 15 states. The FDA, along with the Centers for Disease Control and other partners, is coordinating the ongoing investigation with Canadian health and food safety authorities, who are looking into a related outbreak.

Gottlieb and Yiannas also noted the voluntary agreement it recently came to with the produce industry to provide labeling information on the origin and harvest date of romaine lettuce, noting that the effort “will improve the ability of the FDA to provide more targeted information to consumers in the event of a future outbreak of illness. We'll continue to work with the leafy green industry on our task force to find solutions for long-term labeling of romaine lettuce and other leafy greens for helping to identify products and ways to improve traceability.”

The officials added that the agency will launch “a comprehensive effort” in this area early next year to “help consumers get information more quickly to enable people to protect themselves and their families,” but provided no further details.