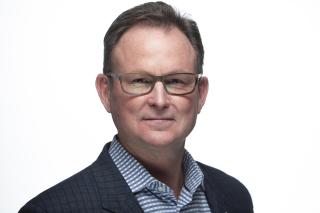 Food retailers moved with speed and newfound agility at the onset of the pandemic to implement safety protocols, adjust supply chains and serve shoppers. The industry’s collective response to an unprecedented challenge was impressive, but now what?

Speed and agility will be even more important going forward which is requiring adjustments on the part of retailers when it comes to how they implement and extract value from technology. For example, retailers have no shortage of innovative new ideas to reimagine their businesses, drive revenue and increase customer loyalty and brand preference. However, launching in-store trials, iterating them quickly, and rolling out at scale has historically been a multi-year process. That’s not going to work in 2021, a year in which food retailers can count on continued uncertainty regarding consumer behaviors and shifting methods of engagement.

“Last year was one of the most challenging years in recent memory for retailers, yet it’s been amazing to see how many rose to the challenge of serving their communities under adverse conditions,” said Rance Poehler, president and CEO, Toshiba Global Commerce Solutions. As a participant in the recent virtual National Retail Federation (NRF) show, Poehler’s company unveiled a comprehensive, unified commerce platform designed to free retailers to reimagine their businesses without the constraints of traditional retail IT systems. Branded as ELERA, after a portion of the word “accelerate,” Poehler said, “ELERA isn’t only about bringing new technology to market; it’s about enabling retailers and the industry as a whole to thrive — becoming more resilient today, while pursuing a clear path toward a frictionless future.”

According to MIT Sloan’s Center for Information Systems Research (CISR) “future-ready” quadrant report, 53% of companies still operate in a technology environment of “silos and spaghetti,” where systems are not interconnected. Many of these environments are built on monolithic systems that require retailers to go through complex development and testing processes that can delay the rollout of new services to stores by months and even years.

Poehler believes the solution, as exemplified by ELERA, is to employ what he calls “microservices” that remove IT constraints. Doing so transforms a retailer’s infrastructure into a dynamic, agile environment in which new services can be rolled out within days, tested, improved, updated and scaled to meet demand, without disrupting or replacing legacy systems.

If that sounds too good to be true, guess again. The comprehensive and cloud-enabled approach is already in use by high-volume grocers and general merchandise retailers, according to Poehler.

The approach is three-pronged, according to information presented at NRF. There are the previously mentioned microservices, a collection of more than 30 pre-packaged offerings that address areas such as refunds, promotion, price and POS orchestration, along with more than 400 APIs for custom development and integration. The microservices are meant to serve as a foundation for retailers to build transactional use cases both in and out of the store environment.

A second component of ELERA is data solutions. Here the idea is to harness the power of big data into actionable insights that enable companies to stay closer to their customers and gain unique visibility into store performance and in-store customer behavior.

Third, there is a focus on the Internet of Things (IoT) and various touchpoints. The goal of ELERA is to enable faster integration and deployment of new frictionless commerce innovations including POS, self-service, IoT sensors, computer-vision cameras, smart devices and whatever comes next, according to the company.

The introduction of ELERA follows the Nov. 16, 2020 appointment of Rance Poehler as president and CEO of Toshiba Global Commerce Solutions, filling a position previously held by Scott Maccabe. Poehler previously served as president of the $1.1 billion Panasonic Systems Communications Company of North America. He also served as VP of worldwide sales for cloud computing at Dell Technologies and chief revenue officer at Pivot3.

“The retail industry is looking for new and innovative ways to adapt more quickly to customer needs while they optimize store operations and reduce the cost of delivering and managing their business,” Poehler said at the time of his appointment. “Toshiba has a strong worldwide retail position and is on the verge of disrupting the industry with their intelligent end-to-end solutions.”