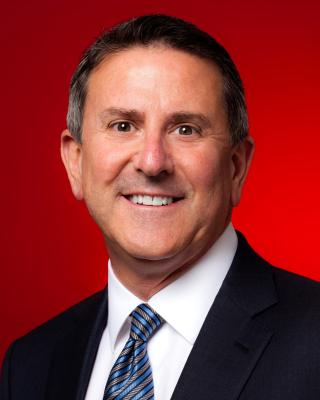 That mild irony perhaps best describes one of the main messages from Target CEO and Chairman Brian Cornell during a remote 60-minute video conversation on June 18 with Matthew Shay, the president and CEO of the Washington, D.C.-based National Retail Federation. The talk was part of the NRF Leadership Series.

During one of the highlights of that discussion, Shay asked Cornell to talk about how he was planning for the next few quarters. After all, it’s not only the pandemic and its related job and income losses that Target and other retailers have to worry about — the ongoing protests against racial justice have led to looted and damaged Target stores, and shifting views among consumers. The second half of 2020 will bring a presidential election and, probably, more economic uncertainty.

“My [long-range plan] at Target is the next four weeks,” Cornell answered. His job for the time being, as he described it, largely centers on “recognizing we have to be flexible, and placing some bets where we have confidence.”

More specifically, that means slowing down the pace of store-remodeling projects — to about 130 from about 300, he said — and responding to the ongoing rise in online and mobile shopping by “using our stores as fulfillment centers. Now is not the time for construction. We are focusing on the things that are essential in this environment.”

It also means putting more resources and focus on delivery and curbside pickup options, a trend in play before the pandemic, but now even more important to retail success at Target. “For several years now, we’ve been working on a strategy of putting stores at the center of everything we do, including our digital component,” Cornell told Shay.

Whether via online retail or in-store shopping, consumers will demand a different retail experience in the coming months. “With all the changes we are seeing in the economy, there will be a continued focus on value,” Cornell said.

Despite all of the doom and gloom when it comes to expectations of consumer spending, signs of optimism have appeared. “Once those stimulus checks arrived, consumer behavior changed again,” Cornell noted. “Stores came back to life. People were buying apparel again, and shopping in all our categories.”

Just as many people wonder about if and when sports will return, retailers are uncertain about the upcoming back-to-school and holiday-shopping seasons. “We will have a holiday season,” Cornell told Shay, predicting that Father’s Day — this Sunday — will spark consumer purchases. “We are getting reports that back-to-school will happen” as well.

Even so, those high points of the commerce calendar promise to be much different in 2020 than in 2021, even though the particulars remain unknown. That also goes back to the point about long-term planning and introducing more flexibility into the retail culture. “We have come to recognize the horizon is much shorter than it used to be,” Cornell admitted to Shay.

It’s been an active few weeks for Target. On June 17, for instance, the retail chain said that it would make good on a three-year-old promise to increase its starting pay to $15 an hour. That comes as other merchants, including Amazon and major food retailers, are pulling back their pandemic bonus programs.

As Target sets its compensation for the future, the chain, like so many others, is reporting spikes in e-commerce, and working to keep up with that demand, which looks likely to continue, at least in part, whenever the pandemic ends. And as if that weren't enough, Target is dealing with damage to its stores from looters and rioters — during the video chat, Cornell promised to rebuild those stores, including one that has stood in downtown Minneapolis since 1976 — while taking steps to address racial injustice. (Target, like many competitors, has made financial and other contributions to those efforts.)

Cornell told Shay that such efforts will continue, and will involve such tools as an “internal task force focused on racial equality.” Indeed, that effort already has involved a company-wide call during which racial injustice was the topic — and during which, Cornell said, he heard stories from black employees about being pulled over while, say, going from store to store on business, or just searching for new homes in particular neighborhoods.

You can bet that the experiences described by Cornell — whether about e-commerce, racism or that new focus on shorter-term planning — reflects the emerging reality in much of the broader world of retail. This year, after all, is one of retail innovation and improvisation, and that doesn’t seem likely to change anytime soon.