Digital Growing in Popularity at Expense of FSIs

Digital Growing in Popularity at Expense of FSIs

Did you know that digital coupon spending is approaching $1 billion dollars, and that the CPG industry is experiencing a shift from free-standing-insert (FSI) coupons to digital? However, two key questions remain: Does digital move volume like the FSI, and what is the return on investment (ROI)?

True, FSI coupons still account for 90 percent of coupons distributed and are considered the best vehicle to drive mass awareness at a low cost. However, with Walmart focusing on all things digital and buying Jet.com, we may see even more digital incentives being offered. Many leading industry experts try to compare the distribution of FSI coupons to the prints of digital coupons, but that is like trying to compare a banana to a fig. The most accurate way to measure and understand FSI coupons and digital ones is to look at actual dollars, and, subsequently, the ROI between these two vehicles.

FSI Spending is Down

Using the recent 2015 CPG industry report on FSIs published annually by Marx Promotion Intelligence – a division of Kantar Media – and converting coupons to dollars, we estimate FSI dollar spend totaled $2.5 billion, down 10 percent, or $287 million, versus the prior year. This is the largest dollar decline in FSI spending ever, and signifies that manufacturers may be increasingly turning to digital incentives.

FSI Retail Co-op Spending is Down

Second, FSI retail co-op programs, which run adjacent to FSI coupons and feature a retailer outlet with a deep price point, have declined by 24 percent. This significant drop was precipitated by Walmart as it reduced advertising to focus on price, shareholder returns, e-commerce and digital. This, too, signifies that retailers are changing strategies from the FSI co-op to other vehicles, like digital.

Digital Coupon Spending is Up

In contrast, digital coupon spending rose to $799 million, up 18 percent, or $120 million. According to industry sources, the trend is continuing in 2016. This would seem to indicate that FSI monies are now funneling into digital, at the expense of the traditional FSI, a sign that both manufacturers and retailers understand that this group of shoppers is increasingly important to reach.

ROI between FSI and Digital

As digital becomes more widely accepted, an important factor to consider is the ROI or cost per unit redeemed (CPUR). The CPUR also helps the manufacturer compare different coupon programs and even different values for the same item. In 2015, the CPUR for an FSI is $2.52, versus $2.93 for digital.

The longtime major advantages of the FSI were “scale” and “low cost” versus digital. In a previous article, I compared the pros and cons of both FSI and digital. We are seeing redemption rates on FSIs declining each year, partly due to the FSI vendors increasing the newspapers and expanding their circulation lists among other factors.

The perfect-storm scenario is at play. The world’s largest retailer is playing catch up in e-commerce, refocusing on price, reducing advertising spends, acquiring an e-commerce company and attempting to transform itself to compete with Amazon by offering a seamless shopping experience through the use of technology. This will put the pressure on manufacturers and retailers to focus more on digital programs and offers, as well as e-commerce. It will be very interesting to see if the Walmart shopper is ready, and/or if the retailer can bring the upscale online shopper into its franchise.

The one caution, and it’s a big caution for the CPG industry, is not to move too fast from the FSI to digital. FSIs still account for significant volume, especially when executed with trade merchandising. Make sure that digital programs are analyzed versus the FSI. True, redemptions on digital are higher than print FSIs. However, for the last few years, according to Inmar’s annual “Coupon Trends” report, redemption on digital has been declining, which may indicate that digital may not be the shiny new object everyone is being led to believe. Digital is here to stay, but to what extent is still the question everyone is trying to figure out. And does it belong on the trade line or the consumer line? Buyer beware, I guess. 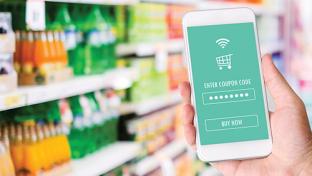 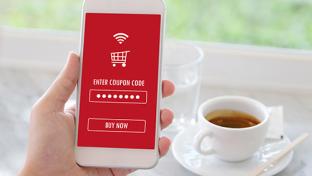 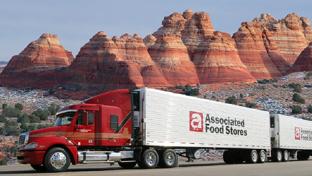 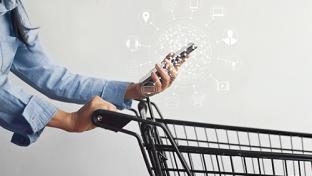 Technology
Why Grocers Can Use a Marketing Measurement Facelift 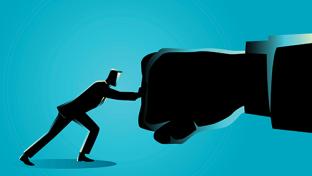