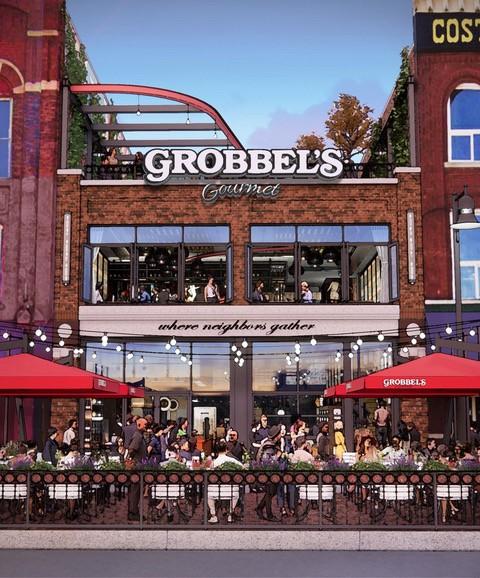 A new grocery store is coming to the Detroit area. Meat and deli company EW Grobbel, a fourth-generation, family-owned business, is planning to open a new physical store in the Eastern Market historic commercial district.

The new store, Grobbel’s Gourmet Fresh Neighborhood Market, will be co-located with a Sy Ginsberg-branded deli in a two-story space. In addition to the company’s own meat and deli products – including its signature corned beef – the store will feature goods sourced from local farms and artisan food and beverage makers, along with bakery items and pantry staples.

“We are very excited to bring this new food oasis to 2456 Market Street where we can make high-quality food accessible to people right where they live, work and play,” said Jason Grobbel, Grobbel’s president. “The Grobbel team is committed to our hometown, the city of Detroit, by serving its residents and visitors with the best possible food offerings and experiences they could receive.”

Michigan’s largest city is having a bit of a grocery moment. On the east side, construction is underway for Neighborhood Grocery, a Black-owned store offering fresh produce, meat, prepared foods and groceries. This month, a new Statler Market opened adjacent to the Statler French-American Bistro; the market is billed as upscale, offering ready-to-eat meals, groceries, coffee and adult beverages, among other products. The major grocery chain Meijer, for its part, expanded in metro Detroit in late 2021 when it opened a new smaller footprint Rivertown Market in the downtown district.