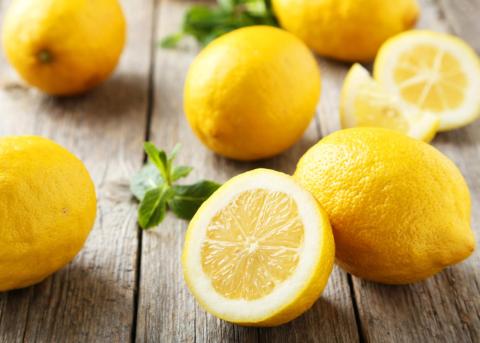 To promote the launch, Fresh Del Monte will add an order of lemons and send a lemonade recipe with each delivery.

Del Monte Fresh Produce has launched its first e-commerce website with same-day delivery in the Dallas market — another signal that direct-to-consumer (DTC) commerce is picking up steam during the pandemic.

As of Tuesday, consumers can visit www.myfreshdelmonte.com to place orders for delivery. With more than 200 available SKUs from both Fresh Del Monte and Mann Packing Co. products, Dallas-based shoppers will be able to fill their virtual carts with fruits and veggies.

To promote the launch, Fresh Del Monte will add an order of lemons and send a lemonade recipe with each delivery placed through its new DTC website through the end of October. The promotion is limited one per customer while supplies last.

“As the authority on all things produce, we certainly know how to make lemonade out of lemons and are excited to help the Dallas community do the same,” said Mauro De Andrade, senior manager, e-commerce, for Fresh Del Monte. “We know that 2020 has been a difficult year for many and look forward to being able to make our consumers’ lives a little easier with this convenient new shopping and delivery option and hope to bring smiles to their faces as they enjoy a glass of our delicious and immunity-boosting lemonade.”

The rise of DTC commerce predates the pandemic, but 2020 has brought new efforts in that area. Just more than a month ago, for instance, Beyond Meat launched an e-commerce site that sells its plant-based products directly to consumers, taking advantage of another hot food retail trend: the increasing rate of plant-based food innovation. Rival Impossible Foods launched its DTC operation in June.

In May, Ocean Spray announced its first-ever DTC effort, one that centers on herbal beverage Atoka. Introduced in late 2019, the beverage is designed for consumers who “are looking for ways to expand their holistic and health-and-wellness habits while at home,” according to the Lakeville-Middleboro, Massachusetts-based company. The ongoing pandemic and resulting stay-at-home mandates and habits moved Ocean Spray to make DTC a bigger part of the overall launch strategy for Atoka, Rizal Hamdallah, global chief innovation officer at the company, previously told Progressive Grocer.

Just before Ocean Spray’s move, PepsiCo launched two DTC websites of its own. At PantryShop.com and Snacks.com, “shoppers can order an assortment of PepsiCo's trusted and loved food and beverage brands,” the company said. Purchase, New York-based PepsiCo described its new direct-to-consumer effort as a response to pandemic buying habits, much as Ocean Spray did.

Meanwhile, the direct-to-consumer trend is moving further in the area of produce. Willo, which calls itself a “a state-of-the-art indoor vertical farming startup,” said in June that is had launched a “direct-to-consumer delivery program in San Jose to provide the highest quality custom produce experience in the Bay Area.”