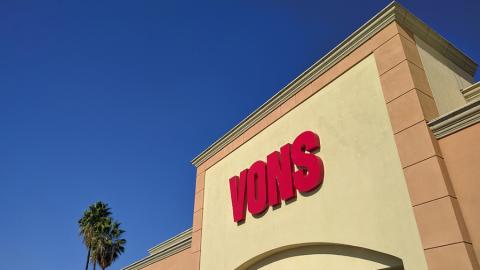 Members of United Food and Commercial Workers (UFCW) 8-Golden State who work at Albertsons’ Safeway and Vons chains and The Save Mart Cos.’ Save Mart, FoodMaxx and MaxxValue banners in Northern, Central and Southern California have voted overwhelmingly to ratify new labor contracts. The mail-in ballots were counted on Oct. 3-4 at the union’s Roseville and Bakersfield, Calif., offices.

“Our members appreciate the value of their new contracts, which are a model of what can be accomplished through interest-based bargaining,” noted Jacques Loveall, president of Roseville-based UFCW 8-Golden State.

According to the union, the agreements include “meaningful” wage increases for about 14,000 UFCW 8-Golden State members at the five grocery banners. The contracts also guarantee continued funding for benefits, including an additional retirement plan for all members.

In separate talks, members of UFCW 8-Golden State and other UFCW locals in Southern California approved contracts with Albertsons and its Vons banners and Kroger’s Ralphs chain in the region last month.

However, negotiations are still ongoing between UFCW 8-Golden State and Raley’s and its Bel Air, Nob Hill and Food Source banners in Northern California.