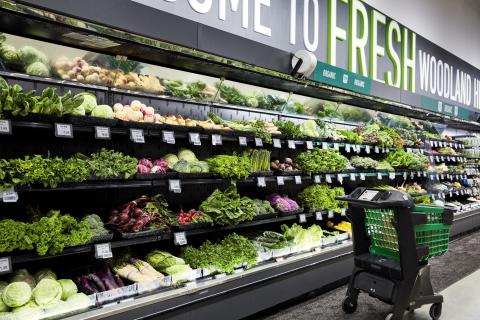 Amazon Fresh stores are being planned for two Boston-area locations, according to news reports.

According to local media, Amazon is preparing to add its first Amazon Fresh banners in Massachusetts. The Boston Business Journal and The Patriot Ledger newspaper report that the stores will be built in the towns of Saugus and Braintree, citing remarks from local officials.

Saugus is a suburb just north of Boston and Braintree is located about a dozen miles south of that city. Amazon already operates an Amazon Books and an Amazon 4-Star location in the area.

Amazon Fresh is extending into suburbia in other markets, too. Developers in the Lincolnwood suburb of Chicago announced this week the development of a new mixed-use project that includes an Amazon Fresh store, with a planned 2023 opening.

In other Amazon news, the company has announced Cyber Monday deals on the heels of its Black Friday specials. The online event, which also features livestreams showcasing curated product selections, begins on Saturday, Nov. 27 and runs through the actual Cyber Monday occasion of Nov. 29.

Seattle-based Amazon is No. 2 on Progressive Grocer’s 2021 list of the top food and consumables retailers in North America, while its wholly owned subsidiary, Austin, Texas-based Whole Foods, is No. 26 on PG's list.