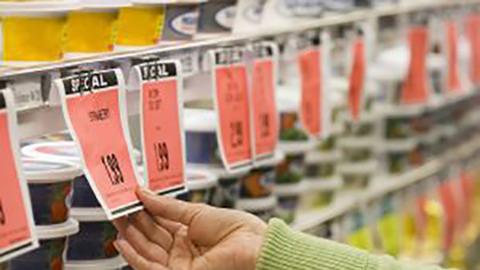 RSSG’s DealW!se solution combines the TPRs from ARG with pricing directly from the store to boost gross sales and fully automate the TPR process. By applying pricing formulas and rules, a store using DealW!se sees a significant improvement in its gross TPR sales and reduces its processing to as little as five to 10 minutes weekly, according to the software provider, adding that DealW!se’s detailed financial reporting gives the store a daily glimpse of the performance of these deals.

“Temporary price reductions (TPRs) have become a large part of a retailer's competitiveness and financial performance,” noted Joe Wolf, CEO of Nashville, Tenn.-based ARG. “Pricing them correctly is critical to ensure TPRs have a positive impact on the retailer and their bottom line and sales. DealW!se helps achieve those goals.”

With thousands of TPRs, it can be hard to track them and understand their effect on a store. DealW!se automatically sends a weekly TPR impact analysis and historical reporting that provides the store manager/owner visibility into the program.

“Through our work with retailers, we were impressed with the number of items on the ARG program and saw an opportunity to automate the process and impact store sales,” said Gil Anderson, CEO and president of Overland Park, Kan.-based RSSG, whose other products include PriceW!se & LossW!se. “ARG had far more deals than any ad group that we have seen. By using DealW!se, our stores are seeing a significant improvement in their gross profit while getting unprecedented visibility into their TPR program.”

Currently available for independent grocers using Alliance’s TPR program, the solution has garnered raves from such retailers as Heartland Foods and Reed’s Market.

ARG is the largest self-negotiating ad group in the United States, serving more than 950 stores across 27 states. The company specializes in vendor negotiation, marketing, merchandising, advertising, category management and data analytics on behalf of its clients.