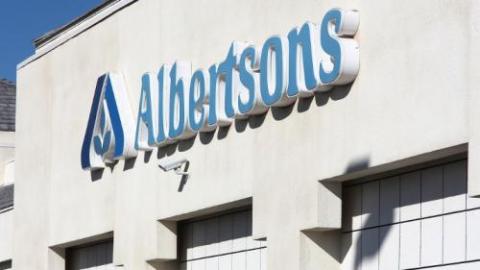 Albertsons has highlighted ecommerce and private brands as reasons for growth

Albertsons Cos. has reported its second-quarter financials for 2019, for the period ending Sept. 7, and most of the numbers are positive. Identical sales have grown 2.4%, partly offset by a reduction in sales related to store closures and lower fuel sales since the second quarter of 2018. This marks the grocer's seventh consecutive quarter of identical-sales growth.

Two factors in this equation are private-brand growth and increasing ecommerce sales. Albertsons' online home delivery and Drive Up and Go services grew 40%, while its Own Brands have reached sales penetration of 25.3%, up from 25% a year ago, and the same as Q1.

The grocer's net income of $294.8 million compares with a net loss of $32.4 million during the second quarter of last year.

"The strong momentum in the business continued in the second quarter," said Vivek Sankaran, president and CEO since March of this year. "Our identical sales were positive for the seventh consecutive quarter and represented our strongest identical-sales performance in over three years as we continue to elevate the shopping experience for our customers. We are focused on driving sales growth by running the best stores, growing our loyal customer base, winning in ecommerce, and enhancing our Own Brands portfolio."

Albertsons Cos. operates stores across 35 states and the District of Columbia under 20 well-known banners, including Albertsons, Safeway, Vons, Jewel-Osco, Shaw’s, Acme, Tom Thumb, Randalls, United Supermarkets, Pavilions, Star Market, Haggen and Carrs, as well as meal-kit company Plated. The company is No. 3 on Progressive Grocer's 2019 Super 50 list of the top grocers in the United States.