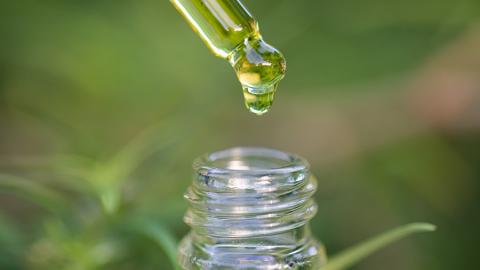 There are a lot of misconceptions regarding CBD oil and hemp oil, which retailers can help clear up for consumers

There’s a lot of confusion around CBD oil and hemp oil. Many people assume that CBD and hemp oil get you high (like marijuana) and that all hemp-derived oils are created equal, and therefore have the same benefits. With so many persistent misconceptions, it’s time to clear a few things up.

Understanding the differences between CBD oil and hemp oil is crucial for both consumers and retailers. Here are some common myths about hemp-derived oils debunked, and common questions about their effectiveness answered:

Q: Are all cannabis-derived oils the same?

Each can have a slightly different impact on the body, but only full-spectrum hemp oil can deliver the entourage effect— which refers to the combined effect of the whole hemp plant working together in your body.

As for the different products available, consumers should ultimately look for products that will give them their desired effect: organic, third-party-tested and made in Good Manufacturing Practice (GMP) compliant facilities.

A: No, this cannot happen; 0.3% or less of THC in a product isn’t enough to trigger a psychotropic reaction. CBD and hemp oil products must be 0.3% or below, or they’ll be taken off the market, or the farm that provides the hemp/CBD will be destroyed. What people can experience is an introduction to their endocannabinoid system. This same feeling occurs naturally when the endocannabinoid system is triggered by the cannabinoids produced by the body itself (more on that below).

In other words, receptors react the same way to phytocannabinoids — compounds derived from the hemp plant — as they do to the natural cannabinoids released within the body.

Myth #3: THC will show in a drug test

Q: What percentage of THC will show up in a person’s system?

A: While there is no conclusive measurement, typically 1% to 1.3% THC taken as a supplement over time would likely show up as positive for a drug test. However, it depends on the individual.

As mentioned above, hemp oil and CBD oil do not contain high concentrations of THC, with the highest allowable percentage being 0.3%. This minor amount will not trigger a positive drug test result.

A:Research shows that cannabinoids, especially CBD, are indeed psychoactive — much like coffee or orange juice. Just as you might get an energy boost from your morning cup of joe, you can experience similar alterations in your mood from cannabinoids, often relieving symptoms of anxiety, depression, pain and more.

However, they are not psychotoxic, meaning they don’t cause harm or damage to a person’s mind, personality or behavior.

Q: Can you overdose on CBD or hemp oil?

A:Because your body already naturally produces cannabis-like molecules through its endocannabinoid system (the master regulatory system responsible for keeping the body balanced and in optimal working condition), it’s not possible to overdose on CBD or hemp oil. This system maintains your body’s homeostasis in response to changes in the environment.

There are many plants that produce cannabinoids — it’s very prevalent throughout nature, such as in pine trees and chocolate. But cannabis is the only compound that produces it with your body. The use of cannabis products mimics our own endocannabinoids, thereby enhancing their effects — but science has proved that even high doses of CBD show no signs of toxicity.

Q: Is it safe for me to take as a supplement?

A:Data supports the safe consumption of cannabis. Your body produces and uses cannabinoids every single day. While some research claims it’s not safe to consume in large quantities (could be toxic to your liver, for instance), it’s something that your body naturally produces and needs.

In short, there’s nothing in the world like cannabis. And if you’re curious about trying CBD oil, hemp oil or any other cannabis products, you owe it to yourself to look beyond the myths and learn the truth.