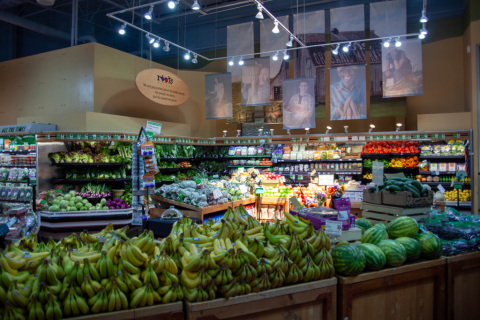 The root of the success of Roots Market, located north of Washington, D.C., and south of Baltimore, is offering customers clean, healthy and delicious foods. The grocer maintains strict standards such as selling foods free from artificial flavors or colors, artificial preservatives, hydrogenated oils, high-fructose corn syrup, and many other ingredients it deems questionable. What really sets Roots apart, though, is its commitment to local. On its website, the grocer lists its Top 10 Reasons to Buy Local Food:

READ ALL ABOUT THE REST OF THE 2020 AWARD RECIPIENTS HERE.

Roots was founded in Clarksville, Md., in 2000 by Jeff Kaufman. In 2004, he and his team launched a vegan restaurant, Great Sage, and an eco-shop called Nest, which sells organic clothing and Fairtrade and artisanal gifts, right next door to the grocery store. Then, in 2007, they added a second Roots Market, in Olney, Md.

“Roots was created to serve the health and well-being of local communities,” says Katie Smallwood, marketing manager for the grocer. “We do this by offering the cleanest, healthiest foods and by educating our guests to live a healthier lifestyle.”

Roots’ dedication to all things local extends to community groups and free events, including Roots Cares classes, and an annual Vegan Fest held in the summer and fall. 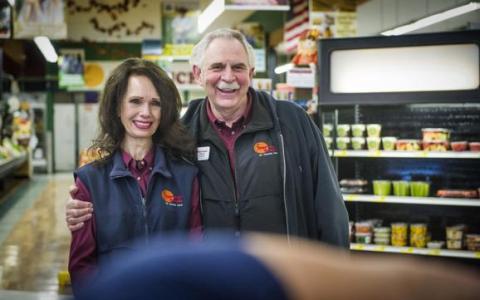 Nolan and Kathleen Lockwood have been institutions in the Washington state food industry for more than 50 years.

“We have been in the grocery business for over five decades, but it has only been the last 13 years that we have owned our own store, learning a different side of the business. It didn’t take long before we began to realize the importance of learning from others as well as sharing our own experiences,” says Nolan Lockwood.

The Lockwoods have operated Walla Walla’s Harvest Foods since 2006, regularly contributing to more than 26 local events and fundraisers. The store has actively supported more than 30 local farmers and producers, not counting the 60-plua local wineries that have helped make the region world famous in the wine industry.

Nolan Lockwood has spent his career in grocery, beginning as a store director for Albertsons Cos. and later becoming president/CEO of Thriftway and Red Apple Stores. He was also sales and marketing director for Smith Brothers Farms. Now, however, the Lockwoods are retiring, having sold Walla Walla’s Harvest Foods to a new buyer in December 2019.

“I have gained a wide range of experience and knowledge over the [past] 55 years by working in various segments of the grocery business,” Nolan Lockwood says. “My goal has always been to help the area’s local producers and manufacturers achieve greater success. The organizations and farmers that I work with are both satisfying and rewarding. I believe, through our partnerships, it has allowed many of those great family businesses a chance to reach their own goals quicker and with less burdens.”

READ ALL ABOUT THE REST OF THE 2020 OUTSTANDING INDEPENDENT AWARDS RECIPIENTS HERE.