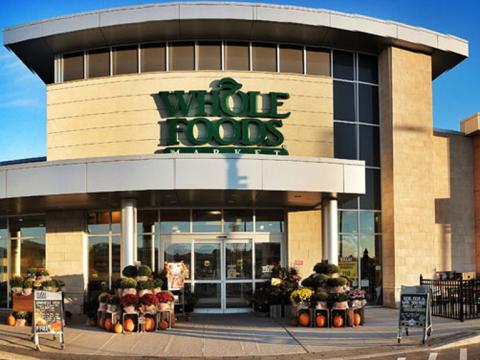 Rep. Alexandria Ocasio-Cortez, D-New York, weighed in on the move on Saturday, calling it "part of the casual dehumanization of working people"

Critics are lashing out at Amazon after Whole Foods Market, which the online behomoth owns, revealed last week that it would be cutting benefits for part-time employees, effective Jan. 1. 2020.

According to Business Insider, the benefit cuts will affect part-time Whole Foods employees who work at least 20 hours a week. The Austin, Texas-based grocer confirmed the change in a statement to USA Today.

"In order to better meet the needs of our business and create a more equitable and efficient scheduling model, we are moving to a single-tier part-time structure," Whole Foods said in the statement.

According to USA Today, the company said it's working to help employees find resources for alternative health care options or to explore moving them to full-time positions offering health benefits.

Rep. Alexandria Ocasio-Cortez, D-New York, weighed in on the move on Saturday, calling it "part of the casual dehumanization of working people."

Sens. Bernie Sanders and Elizabeth Warren, who are both democratic candidates for president, used the decision as an opportunity to advertise their Medicare-for-all proposals for health care reform.

"Your ability to get health care should not be dependent on the whims of your employer," Sanders tweeted on Friday. "It should be guaranteed under Medicare for All."