The new CEO of Walgreens Boot Alliance (WBA), Roz Brewer, says she is optimistic about the company's long-term growth prospects after a solid second quarter.

WBA raised its guidance for the full fiscal year after posting second-quarter results showing gains in revenue and earnings.

For the quarter ended Feb. 28, WBA posted sales of $32.8 billion, a year-over-year increase of 4.6%, which the company attributed to strong international growth, its joint venture in Germany and its United States business. Operating income totaled $832 million, down from $1.1 billion a year ago, which WBA said was due to adverse COVID-19 impacts on both its U.S. and international markets, which were offset slightly by its cost-management efforts. Net earnings, including discontinued operations, were up 8.4% year over year, totaling $1 billion. Total earnings per share were $1.19, an increase of 10.9% over the prior-year period.

“Overall, we have achieved a good financial quarter with results well ahead of expectations, despite significant impacts from COVID-19, and we have raised our full-year EPS guidance,” Brewer said, who took over the CEO job on March 15. “I am optimistic about our ability to drive sustainable, long-term value for our shareholders, while acknowledging that there is still work to be done to stabilize the base business. I will continue to review closely all our initiatives, strategies and opportunities to capitalize fully on the incredible potential in front of us. Our team will move swiftly and decisively to best serve the needs of our patients, customers and communities around the world, at this critical time and beyond.”

WBA’s U.S. segment saw sales of $27.3 billion, a 0.4% increase from a year ago. Same-store sales increased by 2% year over year, reflecting 4.5% growth in comparable pharmacy sales and a 3.5% dip in front-end comps. On a comparable basis, scripts were down 1.1% in second quarter from a year ago — a combination of a weak cough-cold and flu season and reduced doctor visits. Total scripts filed were down 2.8% from a year ago, totaling 288.5 million, including immunizations and adjusted to 30-day equivalents. Pharmacy sales were up 3% year over year and represented 74.9% of the segment’s sales. Retail sales for U.S. segment decreased by 6.6% from a year ago, which WBA attributed to adverse impacts from its store optimization programs and the 2020 leap day. Pharmacy reimbursement pressures and decreased volume led to a 2.2% year-over-year decrease in gross profit, offset by pharmacy procurement, COVID-19 vaccines and testing, and retail margin.

Internationally, WBA saw second quarter sales of $5.4 billion — a year-over-year increase of 32.6%, including an 8.7% favorable currency impact. The company’s new joint venture in Germany was the driver of a 23.9% increase in sales on a constant-currency basis, compared with the prior-year period. Excluding the joint venture, the segment’s sales were down 9.8% year over year, due largely to a 17.8% dip in Boots UK sales driven by COVID-19 impacts. Boots UK’s comparable pharmacy sales were up 3.2% from the prior-year quarter, even as retail comps decreased by 17.9% year over year. Gross profit for the segment decreased by 9.2% compared with a year ago.

For the year to date, WBA said that its sales were $64.2 billion — up 4.8% from a year ago. Operating income has decreased 85.5% year over year, coming in at $298 million for the first six months of fiscal 2021, which the company said was due to a Q1 charge and changes to its equity earnings in AmerisourceBergen. Total net earnings for the first two quarters has decreased by 59.9% year-over-year to $718 million. Total earnings per share for the year to date are 83 cents — a 58.8% decrease from a year ago.

Despite the overarching headwinds, WBA raised its fiscal 2021 guidance, projecting mid- to high-single-digit growth in constant currency-adjusted earnings per share from total and continuing operations. It had previously projected low single-digit growth.

WBA’s COVID-19 vaccination efforts were a key highlight of the quarter, both in the United States and abroad. So far, Walgreens has administered more than 8 million COVID-19 vaccinations, including 4 million in March, and has provided roughly 5 million COVID-19 tests. In the United Kingdom, Boots UK has supported more than 2.6 million COVID-19 tests and launched 25 major vaccination hubs at Boots stores, all in partnership with the National Health Service. Other highlights from the quarter include its continued efforts to open 40 Village Medical at Walgreens by the end of the summer, which continue apace; a 78% increase in digital sales in second quarter; its majority investment in pharmacy automation solutions company iA; and growth in its myWalgreens membership, which has grown 40% just since January.

Deerfield, Illinois-based Walgreens is included in the Retail Pharmacy USA division of Walgreens Boots Alliance Inc. The drug store chain operates more than 9,000 retail locations across the United States, Puerto Rico and the U.S. Virgin Islands, serving about 8 million customers daily. Walgreens is No. 4 on The PG 100, Progressive Grocer’s 2020 list of the top food and consumables retailers in North America. 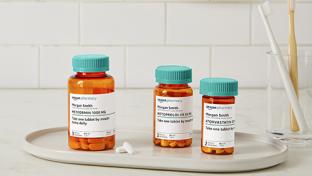 Uninsured prescription benefit will be offered through Cigna