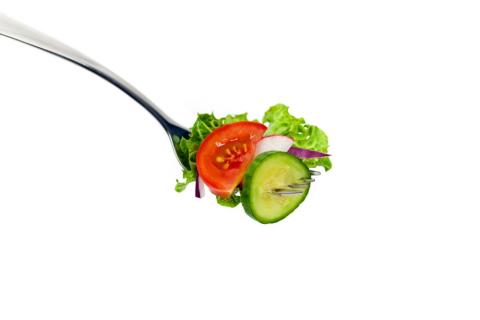 Value-added produce is a multifaceted product. For families that are planning a meal including vegetables, the pre-cut items for salads or stews are a time-saver. For other shoppers, value-added can be an impulse item. Whether it’s pre-cut fruit that looks much more mouthwatering with its interior showing or butternut squash with its bright-orange insides on display, customers will be tempted to grab a package of value-added produce.

Annual sales for fresh produce are approaching $61 billion in traditional channels alone, with household penetration almost 100%, according to Arlington, Va.-based FMI — The Food Industry Association. Increasing spend per buyer, per shopping trip and increasing buying frequency holds promise for even more dollars. Conventional produce sales grew 1.1% in 2019 and organic grew 2.6%. Value-added produce has above-average growth, at 3.5%, with vegetables having the higher household penetration.

“Homebound” customers are choosing such value-added produce items as pre-cut veggies with dip for snacks as the pounds from eating chips and candy become apparent. Retailers should ensure that they have enough department “real estate” for the biggest produce change in years, which looks like it’s here to stay.

“At first it nosedived, but has since turned around and is outpacing our produce sales trend significantly,” says Jeff Cady, director of produce and floral for Williamsville, N.Y.-based Tops Markets LLC. He’s speaking of value-added fruit and vegetables, which, without value-added lettuce, make up 12.5% of total nationwide produce sales according to FMI. Retailers have to look for space in coolers and racks for new value-added items. Produce department real estate has always been an issue, admits Cady, who adds, “However, as items come in, we have to rethink our allocations and lineup, and SKU rationalize to make things work.”

Top sellers in value-added produce vary from area to area and store to store. According to Cady, Tops Markets’ top sellers in value-added are cut fruit, sliced peppers and onions, beans, and butternut squash. Meanwhile, at Wholesome Farmers Market, in Barre, Mass., Produce Director Rob White says that his top sellers are broccoli florets, cauliflower florets, broccoli and carrots, and green beans, with some items in microwaveable packages.

The price differential between conventional produce and value-added is the largest barrier to pre-cut sales, according to FMI’s “Power of Produce” report. One of the most important factors in purchasing this product is when it was prepared, which is more important even than where it’s from. According to FMI, prompts that could drive more purchases are improved shelf life, food safety confidence and assortment. Improvements in packaging, so that the box is entirely closed, with no fold-over holes, are very important to shoppers who are spending more money for this product. However, current purchases predict that they will continue to buy and increase their purchases of value-added produce. “Customers want convenience,” notes White, so value-added meets their needs.

Younger shoppers are core value-added produce shoppers. Sales of value-added fruits and vegetables are continuing to skew toward younger shoppers, FMI has found. This group is usually health conscious, on the go, more open to new ideas, and many have children who need healthy snacks. Snacking in particular is one key area within the category that has seen significant growth as a result of the pandemic, with 35% of shoppers saying that they snack more than they did a year ago, observes Andrew Moberly, director category solutions at Stamford, Conn.-based Daymon.

Also, many in the Millennial group aren’t used to cooking from scratch. “There is a new generation who are used to eating at fast-food restaurants but haven’t during the pandemic,”  says Louis Scudere, principal at Chicago-based Riverbend Retail Consulting. “They are learning to cook and using value-added produce for two main reasons. First, they are not that familiar with using knives to peel and cut produce. Second, value-added produce minimizes the waste they have when buying conventional produce.”

With a continued consumer focus on healthy eating, value-added produce is in the unique situation of being an “every-meal necessity,” while also helping shoppers meet their wellness goals. “Even as a slow return to eating outside the home occurs, we anticipate seeing a continued shopper dedication to cooking; with 60% sharing they plan to continue preparing more meals at home than pre-pandemic,” says Moberly. “This, in turn, supports continued success for categories like value-added produce.”

Salad bars still provide cut fruits and vegetables in some stores. But there’s inconsistency in availability, and every community has different regulations regarding salad bars, according to Scudere.

In some stores, the salad bar has been removed. In others, pre-packed value-added produce is set in the salad bar. “Some stores require that gloves be worn to use the tongs at salad bars, while other stores do not,” he notes. “There is no consistency.”

Salad bars, like much of the self-serve deli, have seen significant challenges over the past year. To combat this, many retailers have shifted focus to prepackaged options. “While salad bars as we know them may eventually come back, it’s more likely that shopper and retailer preference will continue to shift towards pre-packaged,” Moberly predicts.

“Some salads can be enough for two people, so they can spend less than if they purchased the ingredients for a salad separately,” says Scudere. Packaged salad sales grew 2.0% for the 52 weeks ending Nov. 3, 2019, according to multioutlet data FMI and IRI. The real supermarket innovators in produce offer an upgraded quality of pre-made salads, he adds.

Customers are getting more innovative with cut fruit like grapes and are becoming more accepting of product quality as they gain experience with packaged fruits and vegetables, notes Scudere. This has allowed retailers to become more innovative in offerings from meals to snacks in the pre-cut produce segment. Customers can purchase smaller sizes of value-added produce, for example, for more convenience. Larger supermarket companies that are more centralized can purchase produce that’s already pre-cut and enjoy economies of scale and labor, he observes.

One example of this is Castroville, Calif.-based Ocean Mist Farm’s value-added department, which includes the Season & Steam line. The microwavable steam package makes cooking fresh vegetables easy and convenient. Each Season & Steam package of fresh vegetables is cleaned and ready to use. Customers can pre-season vegetables, reseal and steam by microwave all within the same bag, says Diana McClean, senior marketing director at Ocean Mist.

There’s ample room for retailers to encourage greater value-added sales, FMI notes in its report, with six in 10 shoppers being occasional value-added users at best.

Produce Every Week of the Year

Consumers can have fresh fruit 52 weeks a year with items like table grapes becoming available year-round. This trend is driven by consumer preferences as shoppers seek out healthy food options all months of the year, according to Andy Higgins, CEO of International Fruit Genetics (IFG), based in Bakersfield, Calif. IFG is one of the world’s largest fruit-breeding operations.

“There is a renaissance happening in the world of table grapes,” asserts Higgins. “The generic offering of red, green and black grapes is being replaced by varieties sold by name, with each having a characteristic recognized by the consumer.” Some varieties simply eat better – being juicy, sweet or crunchy – while others offer different eating experiences through enhanced or special flavors, colors, textures and shapes.

Retailers can create value-added displays that tie together the variety and consumer benefits of the grapes to provide a value-added experience. “We look to the apple world for clues,” observes Higgins. “Nearly all apples today are sold by variety name, and these rotate through the season. Many consumers now have preferences for their apples, and it is not simply ‘red and green.’”

“We recognize that changing up the offering creates a sense of seasonality, impulse and interest,” continues Higgins, noting that there’s less emphasis on year-round production for his company’s specialty varieties and more emphasis on having sufficient supply at certain times of the year. Allowing retailers to rotate the offering creates interest. “For Cotton Candy grapes, for example, consumers would be delighted to see it in-store 30 weeks of the year, but might lose interest if available 52 weeks,” he advises.

Grapes are more of a staple today than 20 years ago, according to Higgins. Year-round supply in multiple countries and growing regions provides continual access to fresh fruit without the need for long-term storage. The result: Consumers benefit from having access to fresh fruit, and retailers benefit by having more choices to drive recurring sales and traffic.