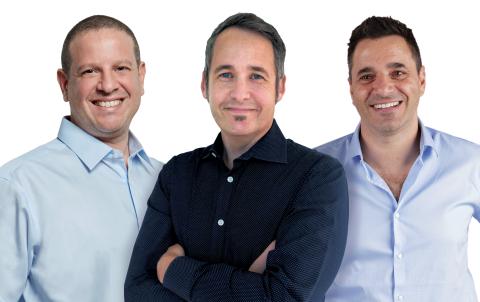 An influx of new funding at Trax is expected to help the computer vision and analytics solution provider accelerate the digital transformation of grocers and consumer packaged goods (CPG) by providing granular visibility of rapidly changing store conditions. The company, founded 11 years ago, today works with more than 250 retailers and CPG companies in 90 countries.

The $640 million in Series E funding, led by SoftBank Vision Fund 2 and technology-focused funds managed by existing investor BlackRock, Inc., is almost double the total the company has raised since it was founded. Other investors in the latest rounded included Canadian pension plan OMERS and the Sony Innovation Fund by IGV.

The funding will enable Trax to aim higher and chart faster growth, according to CEO Justin Behar.

“We will invest in exciting new ideas and capabilities. And finally, we intend to cement our position at the vanguard of cutting-edge retail technology for brick-and-mortar stores,” Behar said in a blog post on the Trax website. “Even as our ambitions grow, our vision remains laser-focused on empowering the ‘store of tomorrow,’ where technology seamlessly merges the physical and digital worlds.”

“Through its innovative AI platform and image recognition technologies, we believe Trax is optimizing retail stores by enabling CPG brands and retailers to execute better inventory strategies using data and analytics,” said Chris Lee, director at SoftBank Investment Advisers. “We are excited to partner with the Trax team to help expand their product offerings and enter new markets.”

The influx of new funding follows a series of other recent key moves at the company, including:

These moves followed the launch last fall of Retail Watch in the Americas. The computer vision-powered store monitoring and intelligence solution helps grocery retailers automate in-store data collection and optimize operations. The solution generated interest among retailers because it combines Trax’s computer vision and machine learning technology with its IoT-enabled shelf-edge and ceiling cameras and autonomous robots to provide retailers with "eyes in the store" – automated, continuous visibility of every product, on every shelf, in every store, according to the company. Armed with this stream of real-time shelf data, retail staff productivity is boosted because, according to Trax, employees can be alerted to replenishment issues, correct pricing errors and improve planogram compliance.

“We are witnessing the retail industry adopt digital technologies at an unprecedented pace and scale,” said Bar-El. “Despite the turbulence of 2020, we made tremendous strides in our business because of the hard work, dedication and team spirit at Trax. Our many solutions address the complex needs of CPG brands and retailers as they rapidly adjust to shifts in consumer behavior.”