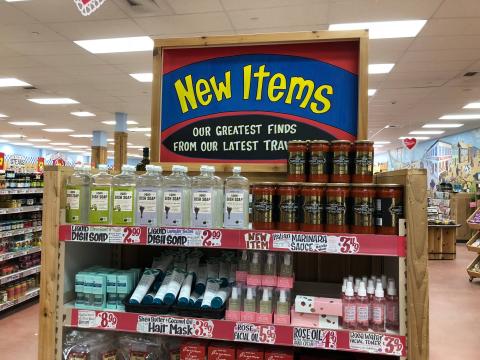 The retailer has appointed a product development team dedicated to expanding the number of products in stores that are produced by Black-owned suppliers.

Trader Joe's is under-taking a three-pronged effort to ramp up the retailer's diversity and inclusion credibility.

In a New Year's Eve announcement, the grocer said it assembled a "high-level group of Trader Joe’s leaders, including our Chairman & CEO, President & COO, and President of Stores to come together weekly to develop and oversee the implementation of significant actions we are taking and will continue to take to demonstrate our commitment" to diversity and inclusion.

The company has welcomed a Director of Diversity and Inclusion to the Trader Joe’s team, who is working to develop programs to improve hiring, mentoring, training and development, with the goal of increasing diversity in store leadership.

The retailer has also established a new, annual $500,000 Vernon Boykin Scholarship Fund. Named for a former Trader Joe’s Captain, this fund supports the education of Black Crew Members and their families through awards to pay for tuition or student loans. In its inaugural year, 203 Crew Members were selected to receive Vernon Boykin Scholarships. In addition, a $1,000,000 annual college scholarship fund is available to all Crew Members, through which the company awarded another 716 scholarships in 2020.  All 919 scholarships were reviewed and conferred by an independent College Reimbursement Committee comprised of the VP of Human Resources and a diverse group of Store Captains.

The retailer has also appointed a product development team dedicated to expanding the number of products in stores that are produced by Black-owned suppliers.

"We established a goal of having 15% or more of the items presented at our Tasting Panels sourced from Black-owned businesses," the company said. "We are pleased to report that we have been exceeding this goal: an average of more than 25% of products evaluated at our panels since June have been from Black-owned suppliers. We have approved more than 30 new products, and the results are already arriving on store shelves."

The company said it also connected with food donation partners in diverse metro areas to evaluate and extend the reach of its Neighborhood Shares Program. Through this seven-day-a-week program, Trader Joe's donates all products in stores that go unsold but remain fit to be enjoyed to local food recovery organizations.

"With the help of these valued partners, in 2020 we contributed nearly $345 million dollars of food and beverages or 69 million meals to our community members in need. Our goal is for these significant donations to be equitably distributed to a diverse group of recipients in our neighborhoods," the company said.

The grocer also said it is focusing on neighborhood diversity as an important factor in selecting new store locations.

"For example, we recently signed a lease for a new store in the Harlem neighborhood of New York City. The store will be housed in a groundbreaking development at 121 W. 125th St. where we will share occupancy in the building with the new headquarters for the National Urban League, New York’s first Civil Rights Museum, cultural space, and affordable housing," the company said.

Trader Joe's mentioned it is currently planning more stores in new and diverse neighborhoods. In the process, it is engaging individuals and companies from within these communities to find the sites, build and supply the stores, and contribute original artwork.

"As we actively work on and search for additional Trader Joe’s sites across the country, we remain committed to having all our stores be operated as true neighborhood grocery stores that serve their communities," the company said.

Trader Joe’s is No. 28 on The PG 100, Progressive Grocer's list of the top food and consumables retailers in North America.