Capping a decade of continuing strides made by females in the food industry, 273 of Progressive Grocer’s 2016 Top Women in Grocery converged in Orlando, Fla., to celebrate their accomplishments and accept individual awards before a sold-out contingent of more than 550.

During the evening program, Judith A. Spires, chairman and CEO chairman and CEO of KB Holding Inc., parent company of Kings and Balducci's, was presented with the 2016 Top Women in Grocery Trailblazer award – which recognizes a single executive whose leadership, vision and influence have helped break new ground for women in the retail food industry – from Progressive Grocer, PepsiCo. and the Chicago-based Network of Executive Women (NEW).

Marie Quintana, president of Velocity Group, served as guest host of the formal awards presentation ceremony for Top Women in Grocery attendees, who were presented with individual awards and gold-stamped, long-stemmed red roses at the Hyatt Regency Grand Cypress to mix, mingle and celebrate with colleagues, friends and family from around the country.

During the gala event, Unilever’s Dove brand was saluted with the Top Women in Grocery Torchbearer Tribute, which recognizes a single company or brand which excels at building awareness for gender bias while offering relatable solutions to impart change.

“In an election year where women’s body image was a prominent – albeit unfortunate – part of the narrative,” explained Major, “Dove’s latest ‘My Beauty, My Say’ campaign – launched a dozen years after it began its iconic ‘Dove Campaign for Real Beauty’ campaign as part of its widely admired Self-Esteem Project, which began in 2004 –features stories of inspirational women who stand up for their own beauty.”

In her message to this year's Top Women in Grocery, who were chosen from a pool of more than 650 eligible applicants, Major led the applause for the recipients, “who are the total package: dedicated professionals who go above and beyond of what’s expected to achieve excellent results. “If there’s one thing we know after a decade in the making, it’s that excellence begets excellence, which is why our Top Women in Grocery awards program continues to grow. Because of your vision, courage, integrity, dedication and sheer grit," Major continued, "countless numbers of women will have an easier path, and it's a privilege to share your successes.”

Major also expressed thanks to the honorees’ employers, “for facilitating your nominations with vigorous support of your achievements. As we proudly commemorate Top Women in Grocery's 10th anniversary this year, it’s worth noting that in the first year, we honored just 60 women – some from external nominations and others from word-of-mouth suggestions. Since that time, Top Women in Grocery has evolved to become the industry’s leading female recognition platform, thanks in great part to our stalwart retailer supporters from the early years,” including The Kroger Co., Hy-Vee, Safeway, Supervalu, Ahold USA, Delhaize America, Giant Eagle and Tops Markets.

“We are grateful for the pioneering support of these progressive companies, which have been integral in keeping the TWIG flame burning bright.”

The event kicked off with a daytime leadership development program designed to foster and enhance the success and professional development of its honored guests.

After breaking for lunch at noon, Eileen Tarjan, manager of learning for the Network of Executive Women (NEW), led an Affinity Mixer, which enabled participants to share common challenges and solutions in frank and robust discussions to help foster lasting peer relationships, gain fresh insights and develop actionable steps to carry with you.

Throughout the day, guests were treated to facials and reflexology treatments in the elegant and serene P&G Olay Lounge.

Nominations for the 2017 Top Women in Grocery awards program begins on January 2. 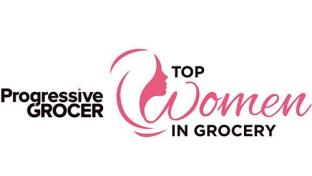 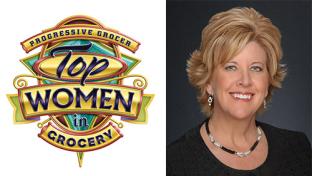 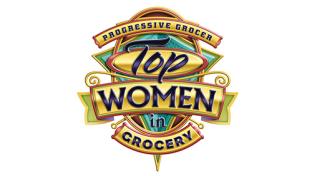