In a bid to better respond to increasingly digital shoppers' needs to create a seamless shopping experience, 70 percent of retail executives said their organizations have adopted an omnichannel strategy to link in-store experiences with the company's website, mobile application and social media platforms, according to the 2014 Retail Outlook Survey by KPMG LLP.

According to the survey from the U.S. audit, tax and advisory firm, 53 percent of execs in the retail sector feel that they are ahead of their peers when it comes to omnichannel adoption, with the bulk of increased spending in 2014 being devoted to website enhancements (67 percent), physical/permanent stores (47 percent) and social media platforms (46 percent).

"Consumer preferences have evolved, and the omnichannel approach has become an imperative for organizations to provide their customers with the shopping experiences they demand," said Mark Larson, KPMG's U.S. and Global Retail Sector Leader. "Organizations that have adapted well to the rise of e-commerce, customer mobility and other technological disruptions of the last decade are showing some early signs of breaking away while others are still near the starting line."

Regardless of where they are in the process, Larson affirmed, "One thing is clear – retailers have acknowledged the shopping habits of today's consumer and they are making transformational changes to embrace them."

Adopting an omnichannel business strategy is costly, however, as noted by 53 percent of surveyed retail execs citing the costs and complexity of technology upgrades as foremost challenges.

Cyber security is also paramount, in light of 77 percent of executives who said their companies share customers' personal and payment information across their channels to make for a more seamless shopping experience. In light of the large-scale cyber breaches this year at retailers across the country, executives may need to reevaluate what customer information they share across their channels and determine the appropriate level of security necessary to protect that information.

According to the survey, 70 percent of executives identify customer retention as the most significant driver of revenue growth over the next one to three years. To assist in retaining customers and executing an omnichannel strategy, retail executives are evaluating their operational efficiencies and technology investments. Forty-two percent of retail executives say that operational efficiencies and applicable technology updates have consumed and will continue to consume the most time for senior leadership in 2014.

Nearly three quarters of the executives surveyed, meanwhile, said they have increased spending in their technology capabilities and new products or services.

According to the survey, an overwhelming majority of executives agree that they are at least on par with risk management in comparison to their peers (87 percent). Despite this, however, there are many pressing challenges that retail executives have identified as obstacles for the remainder of 2014 and beyond.

Forty-one percent of executives cited the Affordable Care Act as a high-priority compliance area that their organization has begun to address and will continue to address in 2014. Thirty-four percent stated payment card industry compliance is the next highest priority, followed by federal and state tax changes (29 percent).

The KPMG survey was completed in the spring of 2014 and reflects the viewpoints of 100 U.S. senior executives in the retail industry. Based on revenue in the most recent fiscal year, 19 percent of respondents work for retailers with annual revenues exceeding $10 billion, 10 percent with annual revenues between $5 billion to $10 billion, and 21 percent with revenues in the $1 billion to $4.9 billion range. 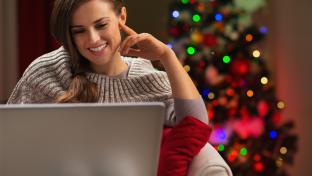 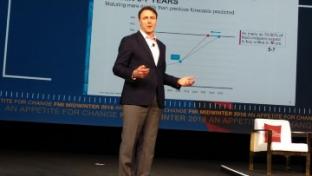 E-Commerce
70% of Consumers Will Buy Groceries Online by 2024 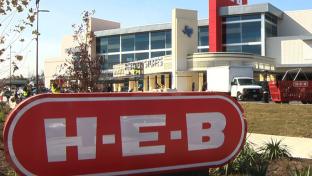 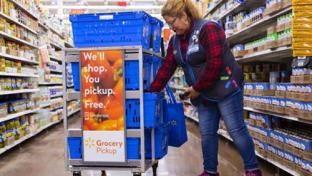 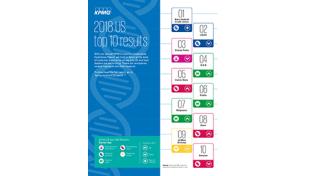