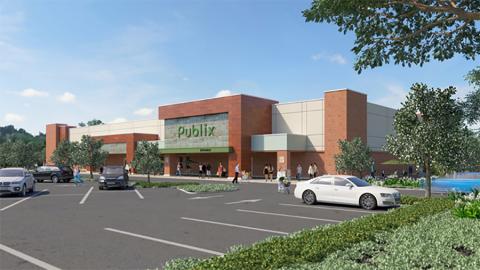 Publix Super Markets Inc. has adapted its urban format for an on-campus store that opened Dec. 6 at the University of South Florida (USF), in Tampa – the food retailer’s inaugural store on a college campus anywhere in its seven-state market area, according to a published report.

Similar to an urban-focused store that the Lakeland, Fla.-based grocer opened last year in downtown St. Petersburg, the approximately 28,000-square-foot location offers a large array of made-to-order and grab-and-go items, although the USF grab-and-go section is much larger than that of the earlier store.

“This store will do a lot of business right here,” Publix spokesman Brian West told the Tampa Bay Business Journal, indicating the prepared food section. “That’s why this is so big. This is USF, so it’s going to be much more grab and go, so let’s give them more space to work with.”

The store also stocks such USF-branded merchandise as balloons, T-shirts and tumblers.

On the corporate responsibility front, Publix has pledged to work with the USF’s Feed-A-Bull program, which operates a food pantry for students.

With 1,213 stores in Alabama, Florida, Georgia, North Carolina, South Carolina, Tennessee and Virginia, Publix is No. 5 on Progressive Grocer’s 2018 Super 50 list of the top grocers in the United States.