Parenting and Family Dinner: No One Size Fits All

Parenting and Family Dinner: No One Size Fits All

Parenting style has a big impact on how children develop into adults, but it also influences—to some degree, family purchasing patterns. As a result, food marketers must work hard to understand consumer behavior to effectively craft their marketing messages.

The facilitated storytelling process required participants with close connections to share stories with each other about past family dinner experiences. In the end, the process revealed three distinct family types, largely defined by varying parenting styles. Understanding these families and the emotional triggers that actuate their behavior can provide retailers and food marketers with different avenues to promote family mealtime with prepared foods.

“What we know now is that what really drives moms’ and dads’ choices about making dinner is something emotional. It’s emotional truths—the emotional benefits of sitting around the dinner table,” explained Christopher Brace, founder and CEO of Syntegrate Consulting.

Of the three family types, Tyson Foods’ research noted that Micro-Intentionals share family dinners more often than other families—on average four to five times a week or more—because they make those dinners a priority and are purposeful about having them.

“The idea that a strong family unit starts at the dinner table makes perfect sense to Micro-Intentional parents,” Tyson Foods’ study observed. “In fact, they recognize that dinner is the only time of day when both parents and kids are in the same place at the same time, so it gives them a chance to catch up and learn about each other.”

Present but Passive families consist of parents who are physically present in the lives of their children but are not very involved. There is no real pattern found with Present but Passives in terms of dinnertime behavior. It runs the gamut from eating together most nights to almost never sitting around the table.

While Micro-Intentionals, Macro-Intentionals and Present but Passives behave very differently, they all seem to recognize the benefits of family dinners, such as getting siblings to interact, allowing parents and kids to learn about each other and building a strong foundation to prepare kids to go out into the world on their own.

“The benefits of family dinnertime are plentiful and fairly consistent across all three family types,” Tyson Foods’ research found.

Opportunities to increase the number of times families purchase takeout from the prepared foods department may be slightly greater with Present but Passives, however, because they bring takeout into their homes most often.

Next month’s look at the emotional significance of family dinners will explore the impact of extracurriculars and busy family schedules on mealtime. 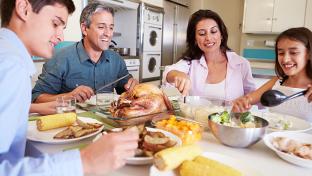 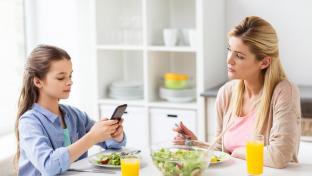 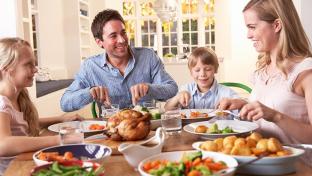 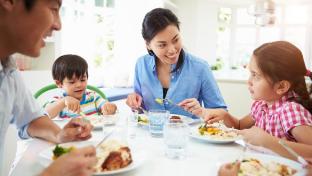