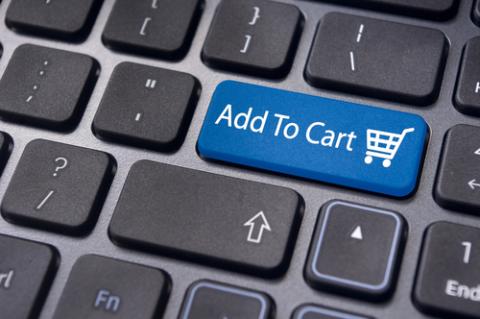 It should come as no surprise that ecommerce is becoming an important contributor to supermarket sales, but a new study has the numbers to prove it.

This growth in supermarket ecommerce comes just as the online grocery battle between Amazon and Walmart is intensifying.

“The good news is that supermarket ecommerce growth was happening even before Amazon announced their purchase of Whole Foods,” explained David Bishop, partner at Barrington, Ill.-based consultancy Brick Meets Click and lead author of the report, “and the rapid deployment of a number of different Walmart initiatives reveals that the company considers online grocery an important gateway to their ecommerce growth. The increased competition in grocery is not just putting pressure on supermarkets to get into ecommerce, it’s requiring that they be good at it, too.”

The updated "Scorecard" report is based on the online transactions that took place during the four-week period ending March 31 at nearly 200 stores operated under 26 retail banners. The scorecard provides benchmarks that give organizations visibility into "how they compare," as well as insights to help both retailers and brands build their online sales.

“While some food retailers have moved cautiously into ecommerce, adoption is now accelerating, driven partly by the increased share of households who are regularly buying groceries online," explains Steve Bishop, manager partner and co-founder of Brick Meets Click. "This research found that 24 percent of shoppers bought groceries online in the last 30 days, up from 22 percent two years ago."

Other signs of accelerating adoption: The average number of online transactions per store is up almost 20 percent from last year, and total online sales are growing year over year at more than 25 percent.

Customer confidence in online grocery is also increasing. The average size of supermarket online transactions – $148 according to the recent Brick Meets Click research – shows that customers are comfortable buying a broad range of grocery products online; the average value of customer orders increased over the previous year by more than 5 percent.

This growth is based on households buying a wide range of food items online from supermarkets. While it was expected that the share of online transactions would be high in edible grocery, dairy and frozen, it was more surprising that:

The report also identified opportunities for improvement and growth. One of those areas involves recovering lost sales – sales that were lost because an item that was ordered wasn't in stock and no substitute was available. The average banner experienced 3.3 percent loss in online sales.