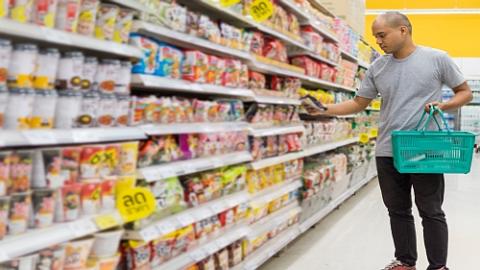 Economic growth in the U.S. has slowed, but whether the country has entered a recessionary period remains unclear, said Jack Kleinhenz, chief economist at the National Retail Federation (NRF).

During the NRF’s Monthly Economic Review, Kleinhenz said economic indicators are signaling unsteady U.S. expansion in the face of several headwinds. These include ongoing inflation, interest rate hikes and a volatile stock market.

“These factors are all contributing to the debate on whether the economy is already in a recession, but key indicators disagree on whether we are there yet,” he said. “While consumers have become more cautious and cooled their spending in the first half of 2022, households continue to spend and are contending with inflation by using credit cards more, saving less and drawing on savings built up during the pandemic. Consumer stamina will be the big question going forward.”

Gross domestic product fell by 1.6% year over year in the first quarter and another 0.6% in the second quarter, according to the federal Bureau of Economic Analysis (BEA). While not the official definition, two consecutive quarterly declines in GDP typically mark a recession. But a less-publicized measure of the economy – gross domestic income (GDI) – grew 1.8% in the first quarter and 1.4% in the second quarter, providing a sharp contrast to the decline in GDP.

While both numbers should theoretically be identical, GDI is reported about a month later than GDP in order to include more recent and more detailed data, including profits from all corporations.

“Since there is a large difference between estimates of GDP and GDI, did the economy expand in the first half of 2022 or did it contract?” Kleinhenz asked. “That is difficult to determine, but we will likely have a better idea at the end of September.”

The BEA is scheduled to release its annual update of National Economic Accounts on September 29, which will cover data over the past five years and result in revisions to both GDP and GDI. Government data is routinely revised, and the 0.6% decline in second-quarter GDP, for example, is already a revision from the initial report of a 0.9% decline.

Whether the country is in a recession is officially determined by the National Bureau of Economic Research, which looks at both GDP and GDI along with job gains, personal income, industrial production, business and retail sales, and hours worked. Because of revisions to data, the bureau delays its decisions on whether a recession has occurred, typically waiting until months after the fact in order to have accurate data.

In addition to differences in GDP and GDI, consumption spending was up a revised 1.5% in the second quarter, significantly better than the initial report of 1%. And the Census Bureau reported that overall July retail sales didn’t grow compared with June, but NRF’s calculation – which excludes automobile dealers, gasoline stations and restaurants – showed that core retail sales were up 0.8% monthly, and both calculations were up year over year