Attendance was conspicuously down at last week’s 2019 Grocery Manufacturers Association Leadership Forum, as the organization seeks to regroup and redefine its mission and message after some major defections from its ranks over the past couple of years.

Leading the charge is Geoff Freeman, a year into his job as president and CEO of the 111-year-old trade group, of which he took the helm just days prior to last year’s conference, once again held at the historic Broadmoor resort in Colorado Springs, Colo.

Freeman promised a year ago that the 2019 event would be different, and he was right. This year’s agenda was tight and on target. Gone were the scattered concurrent sessions, golf tournaments and retro rock band at dinner. Presenters hit hard on issues like packaging sustainability, consumer trust, technology, branding, the state of the global economy, and the view from Wall Street.

And Freeman said he won’t shy away from presenting contrary viewpoints, the tough love his members need to hear. As he recalled a member telling him, no one needs to hear another 60-year-old CEO of a company with flat growth explaining how to sell to Millennials.

Freeman’s promising an even better event next year, along with a rebranded organization, complete with a new name, to be unveiled in the coming months. That’s not surprising, since the GMA name and logo were noticeably downplayed on the general session stage and in presentation materials.

So don’t be surprised if CPG and “consumers” are prominent in the organization's new identity, as Freeman made it clear the group will be paying a lot more attention to consumers.

“Consumers are expecting more and more of us. In a day and age when so little is getting done in Washington, they're turning more and more to American business for solutions,” Freeman said. “More than three quarters of Americans say they are counting on CEOs and the companies they represent to pursue the policy goals, the things that are important to these individuals. That's a great challenge for us as an industry. And it's one that we absolutely have to respond to.”

In fact, he continued, “Consumers – your customers – are regulating this industry long before politicians ever get around to it.

“We can't have one face to the consumer and another face to the policymaker. It isn't up to just the companies to change. The totality of the industry has to change with it. And that's exactly what we are aspiring to do at GMA. We're not the shield for the industry to hide behind. We should be the best depiction of what this industry is all about.”

To that end, Freeman announced the four pillars that will guide the organization moving forward:

It’s a strong message and a strategic move for an organization that represents a significant chunk of the U.S. economy. Whether it’s enough to lure back ex-members like Campbell’s, Nestle, Tyson and Unilever remains to be seen.

As retailers have discovered, a sharper focus on consumers and their wants and needs is a good bet for boosting your relevance, growth and standing in the marketplace.

PMA Fresh Summit looks at trends for 2020 and beyond 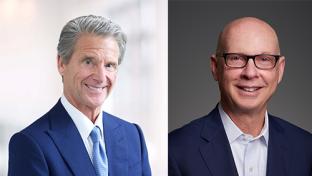 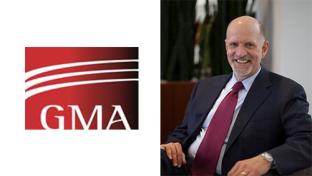