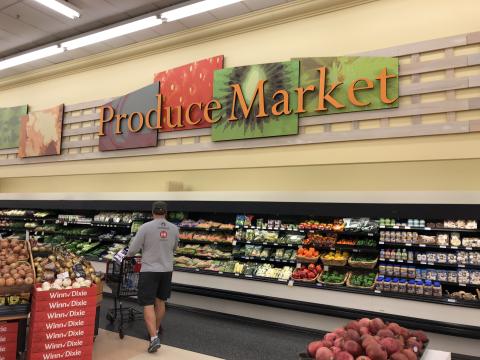 Commercial refrigeration systems, such as those in supermarkets and grocery stores, are the leading contributor to HFC emissions, according to NASRC.

“High upfront cost is the primary hurdle preventing the adoption of environmentally friendly natural refrigerants,” says Danielle Wright, NASRC executive director. “Funding support is key to bridging the gap and stimulating the economies of scale necessary to bring costs down.”

Commercial refrigeration systems, such as those in supermarkets and grocery stores, are the leading contributor to HFC emissions, releasing over 130 million pounds of CO2 equivalent emissions annually in the U.S. alone. Natural refrigerants - including ammonia, carbon dioxide, and hydrocarbons - are the most climate-friendly solution, but their adoption in the U.S. has been stalled due in large part to cost barriers.

AIP is designed to bridge the funding gap with outside funding sources to maximize the number of natural refrigerant projects.

“Our goal is to secure enough funding to make these projects possible while simplifying the experience for the retailers,” Wright added. “We also expect the pilot to generate a tremendous amount of data that will contribute to industry knowledge about naturals, further promoting their growth.”

The pilot program will be offered at no-cost to applicants thanks to the sponsorship of NASRC Titanium members, including BITZER US, Climate Pros, CoolSys, and Hillphoenix. NASRC is accepting preliminary AIP applications through the end of June 2020. Retailers can apply at nasrc.org/aggregated-incentives-program.