Meijer's Beavercreek, Ohio, store is the Midwest superstore retailer's first to feature all-LED lighting, a move the company says will save more than a half million kilowatt hours of electricity annually.

Part of a $50 million extensive remodeling project for four supercenters in the Dayton market, the GE LEDs being used are 30 percent more efficient and have a lifespan that is 50 percent longer than traditional lighting. Additionally, GE’s exterior lighting is 70 percent more efficient than lighting typically used in retail settings. In total, the all-LED lighting system will save an estimated 600,000 kilowatt-hours per year.

“Our remodeling project at our Beavercreek store is a great opportunity for us to pilot a new approach to the lighting we use inside and outside of our stores,” Meijer Engineering and Construction Director Mitch Boucher said. “We look forward to the newer technology reducing both energy usage as well as required maintenance for the store.”

Boucher said that LED fixtures will be used in all interior and exterior lighting, including all ceiling illumination, refrigeration and deli cases, and parking lot fixtures. The Beavercreek supercenter is considered a test store for this high-tech lighting and could be used as a model for future construction.

Work on the Beavercreek and three other Dayton-area stores began in April, and is being completed in multiple phases so the stores can remain open during the construction process. The project is slated to be completed in early November and will provide each store with a new facade, remodeled gas station and drive-thru pharmacy. The remodeled supercenters will also boast wider aisles and enhanced floor plans to allow for expanded selections in departments throughout the store. All four supercenters are being remodeled to Leadership in Energy and Environmental Design (LEED) standards. 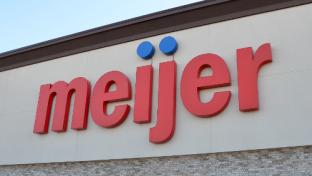 Equipment & Design
All Meijer Lighting to Go Full LED by 2021 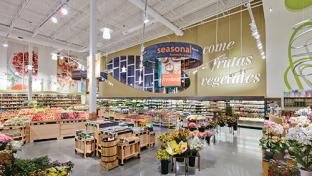 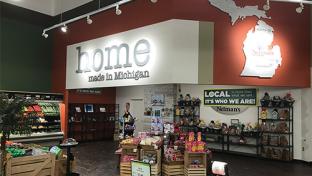 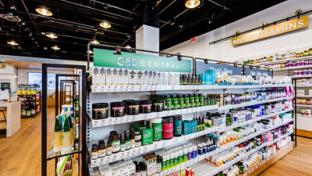