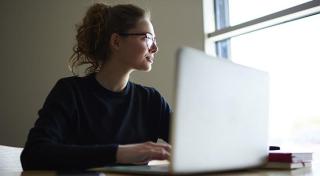 In hiring entry-level workers, think of their jobs as comprising a bundle of tasks

A few weeks ago, I was able to attend the annual reunion of a bunch of us who went to college together, and all of our families. I had a chance to catch up with Carolyn Friedhoff, daughter of my friend John, who recently graduated and has landed a summer internship at a radio show/podcast/digital platform called “On Being.”

Without going into too much detail, you can think of it as the NPR show devoted to religion and spirituality. When I asked what she was doing there, she casually replied, “Oh, you know, digital manual labor,” by which she meant a combination of research projects, maintenance activities and general entry-level work. She also had the leeway to undertake a variety of creative projects.

I was struck by both the nature of the work she was doing, which all seemed pretty interesting, and especially by the phrase “digital manual labor.” The more I got to thinking about it, the better it seemed to address the serious questions now being discussed about the nature of jobs, the need for education, career management, and the promise and threat of automation.

When I asked Carolyn to be specific about what she meant by digital manual labor, she described a series of tasks, all of which essentially took current technologies to their limits and provided human intervention to make the technologies practical and useful on an ongoing basis. For example, Carolyn described loading data from external databases into an Excel format, managing the transfer of essays from one website to another, transferring information between databases, and a series of other activities, all of which, at this point in technology development, still require human intervention to complete the process and turn data into action.

After finishing this discussion, I came to believe that this is a reality for all of us in many walks of life. Emerging digital technologies make so many things so much easier, but the technologies tend to be discrete operations that need to be woven together by humans. I spend a lot of money each month on cable TV, but I still can’t get the TV set to remind me when my favorite show is on – though it will record and save it for me.

When you start to think about it, you realize how much contemporary work really consists of having and using the specific knowledge needed to integrate a variety of high-tech processes. In that way, what almost all of us do, most of the day, is some version of digital manual labor. It’s not so hard, but we humans are still needed to intervene between process A and process B.

In turn, this really does become a model for the future of work. Gradually, over time, technology will improve, and much of this digital manual labor will vanish. Just a few years ago, I was looking up phone numbers in my Outlook database, and then picking up the phone to dial the numbers to make a call. Now my smart phone integrates the process for me. But as quickly as technology improves to integrate existing tools, it also adds new tools – which need to be integrated by humans. That is to say, the work of digital manual labor is destined to change on a regular basis, but it will be around for a very long time.

Which brings me back to Carolyn, who, it appears, has identified the new model for entry-level work. In the old days, one signed on as an apprentice. The apprentice plumber carried the pipe and dug out the muck, and in exchange was allowed to watch the master plumber install and repair sinks, toilets and showers. Carolyn, in turn, manages the digital drudgery at “On Being” while learning to be a content provider. It really is the same thing, except that Carolyn doesn’t get covered in mud.

So think about this in your business, especially when you’re considering new hires. Don’t think of an entry-level job as a specific task, but rather think of it as a bundle of tasks, including the ones your new hire can do now (which justifies their salary) and the ones they can learn (which provide a career trajectory). It all just goes to show that the more things change, the more they stay the same.