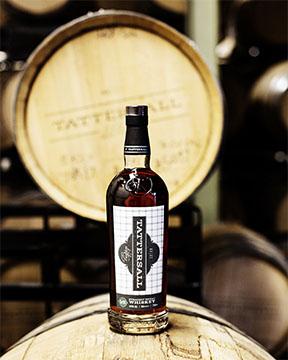 “When we began selling Tattersall nearly four years ago, we knew they were special. The care they take in using the best, high-quality ingredients and the creativity they bring to their final blends aligns perfectly with our expectations and those of our customers,” said Bill Belkin, Wines & Spirits category manager at Lunds & Byerlys. “The wonderfully unique flavor of this whiskey is sure to be a customer favorite.”

The custom whiskey is made from 100 percent Minnesota-grown wheat and aged for more than two years in charred Minnesota white oak barrels. The result is an incredibly smooth, easy sipping 90 proof whiskey that really showcases the wheat with subtle undertones of vanilla, nuttiness and caramel. This is only the second whiskey that Tattersall has released since opening, the other being their flagship Straight Rye Whiskey which is distilled from 100 percent rye, also available in all Lunds & Byerlys Wine & Spirits stores as well as other liquor stores across Minnesota.

“We love experimenting with new products, as our growing portfolio of spirits shows. It’s even more special when we’re able to collaborate with a name as iconic in Minnesota as Lunds & Byerlys to make a custom spirit,” says Jon Kreidler, founder and chief officer of Tattersall Distilling. “We’re really excited about this unique whiskey because it’s unusual to have a 100 percent wheat whiskey. We’re thrilled with the results and look forward to sharing it with their shoppers.”

Only two barrels of this limited edition whiskey have been produced. Straight Wheat Whiskey is now available on shelves in 750 ml bottles at all of Lunds & Byerlys stores across the Twin Cities Metro area for $49.99.

The family-owned independent grocer Lunds & Byerlys operates 27 stores in the greater Twin Cities region, including 11 locations that have an attached Wine & Spirits shop. The grocer differentiates itself through a focus on extraordinary food and beverages, exceptional service, and passionate expertise.