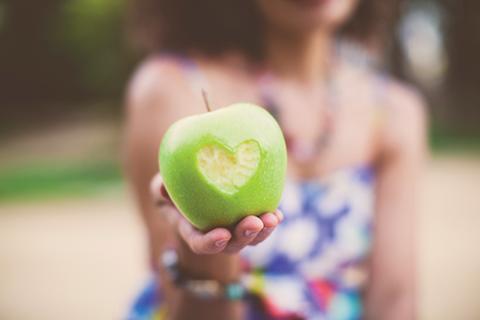 The Kroger Co. has introduced a nationwide effort to eliminate hunger in the communities it serves, as well as ending waste across the company, by 2025. To accomplish these “moonshot” goals through its Zero Hunger | Zero Waste plan, the grocer is working with hunger relief organization Feeding America, of which it is a founding member, and, somewhat more surprisingly, the global nongovernmental organization World Wildlife Federation (WWF).

The need for such a program is critical: Across the United States, 42 million Americans go hungry, while an estimated 72 billion pounds of food wind up in landfills annually.

“No one should have to go to bed hungry,” Kroger Chairman and CEO Rodney McMullen told Progressive Grocer in an interview. “Working together, we should be able to solve this.”

Asked how the program would be administered at store level, McMullen noted that Cincinnati-based Kroger has more than 100 food bank partners throughout its system of 2,800 stores “Quality food that’s safe, we’ll figure out a way to get it to a food bank,” he said. “Our associates are the ones who will bring this to life.”

As for WWF’s involvement in the effort, McMullen explained, “They bring knowledge and concern for the environment. Across the food chain, a lot of food is wasted. … Anything that can make the environment a batter place, they’re interested in.” Kroger has already teamed with WWF on the grocer’s sustainable seafood policy.

Providing an example of how the company has dealt with issues of food waste at the store level, he recounted how a Kroger store in Kentucky teamed with an animal shelter that cared for zoo-type animals that had been privately owned, but the owners didn’t want them or couldn’t care for them anymore. The store was able to provide unwanted/unsellable produce to feed the animals.

Regarding initiatives such as the selling of “ugly” produce, McMullen said that Kroger is engaging in an “active dialogue” about how to best communicate this message to consumers, and how to scale the program for the whole company.

“By following the hierarchy, we’ll accomplish zero waste,” McMullen asserted. “We have hundreds of stores that are already zero-waste,” and all of Kroger’s manufacturing facilities have that designation as well.

The Zero Hunger | Zero Waste plan includes the commitments outlined below, in alignment with the company’s stated purpose to “Feed the Human Spirit.” Additionally, the company crowdsourcing for solutions, and asking communities, partners and other stakeholders for ideas, feedback and best practices as the effort evolves.

So far, the plan consists of the following:

Noted McMullen: “Together, we can accomplish things we can’t accomplish individually.”