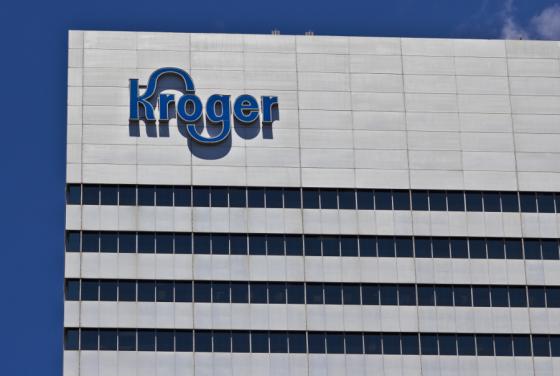 The Kroger Co. and the International Brotherhood of Teamsters (IBT) have reached a new labor agreement that provides for Kroger's withdrawal from the Central States Pension Fund.

The agreement covers about 1,800 associates represented by the IBT at three distribution centers and two dairy manufacturing facilities operated by Kroger.

Kroger and IBT have been working together for several years on a plan to protect the pensions of Kroger associates at these facilities, who are participants in the Central States Pension Fund, which is expected to become insolvent in 2025.

The retailer and the union have established a new fund, called the International Brotherhood of Teamsters Consolidated Pension Fund, that is designed to provide Kroger associates with a secure pension.

Included in this agreement are current Kroger associates/IBT members working at facilities in Hutchinson and Goddard, Kan.; Houston; Memphis; Indianapolis; and Livonia, Mich.  In February, Roundy's associates working at a distribution center in Oconomowoc, Wis., ratified the same agreement.

Under the ratified agreement, the benefits current associates have earned as participants of Central States will be protected as follows:

"Given the uncertain future of Central States and the potential adverse impact on our members, the National Committee felt the move to the IBT Consolidated Plan will ensure they have a stable and reliable retirement benefit in the future," said Steve Vairma, Teamsters VP.