It’s the Most Wonderful Time — for a Treat

It’s the Most Wonderful Time — for a Treat

If the holiday season this year shapes up the way it did in 2015, grocers and their supplier partners had better be ready, especially with their candy and snacks.

Although many experts expected it to be lackluster, Christmas 2015 — along with the rest of that year’s holiday season — actually saw an increase in holiday spending, possibly helped by an improving economy.

A shopper study developed by Jacksonville, Fla.-based shopper marketing firm Acosta Sales & Marketing shows that 57 percent of shoppers who responded to a survey said they planned to spend more on groceries during the 2015 holiday season compared with the prior year. Even Thanksgiving alone saw shoppers spending a hefty amount on groceries: Roughly half (52 percent) of respondents spent more than $75 on groceries, and about a quarter (24 percent) spent more than $100.

“The growth in grocery spending this holiday season is encouraging for brands and retailers alike,” noted Acosta SVP Colin Stewart at the time.

Therefore, if continually improving economic conditions and falling gas prices are any indications, this year’s holiday season could see similar or even greater spending. And considering candy and snacks’ central role in holiday gift-giving and entertaining, grocers have ample opportunities to work with their supplier partners to activate enticing promotions around the candy and snacks most sought by their shoppers during these merry months.

Arguably more than anything else, family traditions play the largest role in hosting a successful holiday celebration, whether the occasion is Halloween, Thanksgiving, Hanukkah, Christmas or Kwanzaa.

“We know holidays are emotional,” says Larry Lupo, VP of sales, grocery, convenience and drug channels at Hackettstown, N.J.-based Mars Chocolate North America. “Many emotions come from a feeling of nostalgia, which is why traditions surrounding the holidays are important, and preserving those traditions is important. We also know that during the holidays, shoppers will go to great lengths to make things extra special.”

In particular, Millennials, whose spending power is increasing each year, are looking for ways to make things special — but often in innovative ways, corresponding with their stronger likelihood over older generations to flirt with the new and exotic.

“While consumers want to continue their family traditions, Millennials are looking for fun new traditions to incorporate into the season to make their own,” affirms Rachel Lewis, seasons innovation manager with the Hershey, Pa.-based Hershey Co.

Something new that Millennials might create from items in this category could be anything from a unique table centerpiece made from snacks and candy to a gift given a personal touch with the inclusion of a piece of candy, Lupo points out.

“Do-it-yourself is a growing trend, and candy is an easy way to add that extra-special touch,” he notes.

So, no matter what the merchandising or marketing medium is, retailers and their supplier partners should consider positioning their candy and snacks as key ingredients or part of a whole kit for creating gifts, decorations or fun activities — or even recipes, Lewis observes.

Acosta data show that 68 percent of respondents, especially younger shoppers and shoppers with kids, plan to prepare a new recipe during the holiday season. Even though food/recipe websites and print publications are the most popular media for delivering recipes (at 44 percent and 43 percent, respectively), grocery stores also play a critical role here, with more than a quarter (28 percent) of consumers selecting them as a source for new recipe ideas.

Guilt-free and To Go

Placing candy and snacks that have better-for-you ingredients is also key, along with convenience, as today’s on-the-go shoppers are even busier during the hectic holiday times yet still wish to indulge without guilt.

“While healthier options continue to win favor, consumers still want to indulge, but in snack-sized portions,” Mains asserts. “Grab-and-go has never been more in demand, and consumers are no longer shying away from natural fats like real butter and nuts.” Understanding this desire, her company recently launched Thindulgent, a Fair Trade Certified chocolate bark made with real ingredients such as cashews and pink Himalayan sea salt.

Speaking of grab-and-go, Thomasville, Ga.-based Flowers Foods, maker of Tastykake and Mrs. Freshley’s products, sees the holiday season as rife with potential for impulse purchases, with snack cakes being prime products purchased on a whim.

Brent Bradshaw, Flowers Foods’ VP of marketing for cake, says his company encourages its retail partners to capitalize on holiday impulse buys by offering holiday-inspired snack cakes — in such flavors as Pumpkin Spice, Caramel Apple, Karrot Kake and Apple Cinnamon for the fall, and Red Velvet, Gingerbread and Fruit Kake for the winter — in addition to seasonal packaging and multiple points of disruption for shoppers.

“Snack cakes also make great stocking stuffers, which we call out on packaging,” he says.

Of course, items prone to impulse buys must be immediately visible to shoppers, which means retailers should merchandise such products in the front end during the holiday season, Lewis advises, while still offering an easy-to-find seasonal section. She also recommends that retailers set up seasonal displays — which can feature such cues as Santa, snowmen and Christmas trees — as soon as the previous season has ended; in this case, that would be immediately after Halloween.

“This helps consumers get into the holiday mindset and spurs impulse purchases,” she explains.

In many ways, the holiday season isn’t much different from other times of the year when developing a promotional strategy around snacks and candy.

Lupo contends that when his company listened to consumers via social media, it discovered five distinct phases shoppers go through within and outside the holiday season. Mars shares the phases, dubbed the “seasonal mindset,” with its retailer partners to help them connect with shoppers during the entire season, both in-store and outside the store. In order, they are:

During each holiday, shoppers go through all five phases, according to Lupo. The only difference from holiday to holiday, however, is the length of each phase. For instance, during Christmas, the Spark phase begins in July, while the Exploration phase doesn’t begin until September. Meanwhile, for Valentine’s Day, all five phases take place over just a few weeks.

In the end, however, holiday merchandising efforts have little meaning if the retailer-supplier relationship isn’t based on collaboration and customization.

Mains says her company plans holiday offerings and promotions many months in advance, working with its retailer partners to determine consumers’ needs, including whether they want holiday varieties and packaging not available at other times of the year or at other places, or discounts to drive purchases of current favorites and new products. Brownie Brittle will even take unique approaches to drive consumers to designated retailers via bundled products, working with other manufacturers to develop them and using tools to reach consumers on their smartphones.

“Customization for both the consumer and the retailer, along with retailer collaboration,” Mains notes, “is key in any holiday candy and snack promotion.”

“Millennials are looking for fun new traditions to incorporate into the season to make their own.”
—Rachel Lewis, The Hershey Co.

“Customization for both the consumer and the retailer, along with retailer collaboration, is key in any holiday candy and snack promotion.”
—Sheila G. Mains, Brownie Brittle LLC

Many grocery retailers aiming to offer shoppers solutions for their holiday needs offer ideas online. For most, information can be found by entering “holidays” into the search function on their websites.

The retailers below are among those with dedicated holiday content: 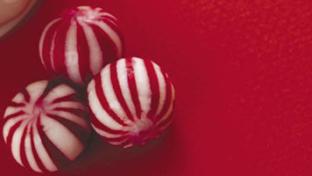 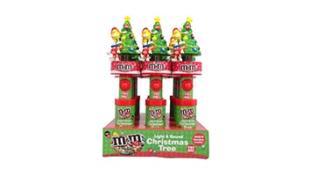 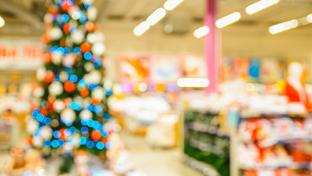 Shopper Behavior
Walmart vs. Amazon: Where Are Shoppers Spending Money This Holiday Season? 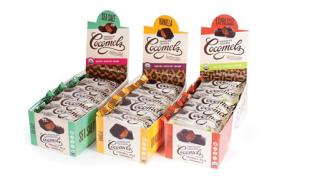 Grocery
Trending Candy and Snacks for the Holidays 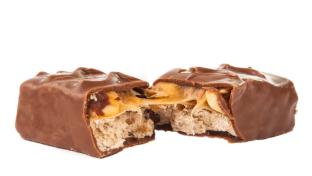