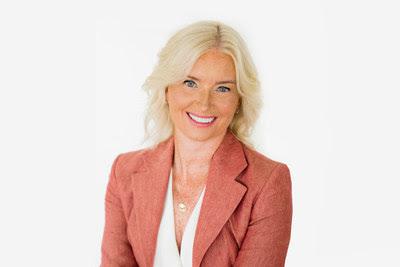 Carolyn Everson joins Instacart following more than a decade at Facebook, where she was most recently the Vice President of Global Marketing Solutions.

Instacart has appointed a new president just a few weeks after naming a new CEO.

Everson succeeds current President Nilam Ganenthiran, who has been appointed to a new senior leadership position, Strategic Advisor to the CEO, also reporting directly to Simo.

"I've had the privilege of working with Carolyn for a decade and know just how lucky we are to have her leadership and talent at Instacart. Carolyn's an industry legend, best known for cultivating strong, trusted relationships that drive strategic value for partners. At Instacart, partnerships and relationships are at the heart of everything we do. With more than 600 retail partners and thousands of advertisers helping power our marketplace, Carolyn's unmatched experience and authenticity will be a key driving force for our business as our teams prepare for our next chapter of growth," said Simo. "With Carolyn at the helm as president, I'm excited to reimagine the role Instacart plays in the future of food by unlocking more inspiration, personalization and accessibility for consumers around the world, while also driving even more growth and engagement for our partners and the broader grocery industry."

Everson joins Instacart following more than a decade at Facebook, where she was most recently the VP of global marketing solutions, leading the company's relationships with top advertisers and agencies. In that role, she oversaw a team focused on global partnerships and agencies, as well as Facebook's Creative Shop. Throughout her more than 10 years at Facebook, Everson played a pivotal role building and growing the company into the second largest digital ads platform in the world. Prior to Facebook, she was the corporate VP of Microsoft's Global Advertising Sales and Trade Marketing Teams, where she led the company's advertising business across Bing, MSN, Windows Live, Mobile, Gaming, Atlas and the Microsoft Media Network. She also spent nearly seven years at MTV Networks, where she served as COO and EVP of U.S. ad sales.

Instacart raised $265 million in its latest round of funding, more than doubling its valuation to $39 billion in less than six months.

San Francisco-based Instacart today partners with nearly 600 national, regional and local retailers, including unique brand names, to offer delivery and pickup services from more than 45,000 stores across more than 5,500 cities in North America. Instacart is available to over 85% of U.S. households and 70% of Canadian households.