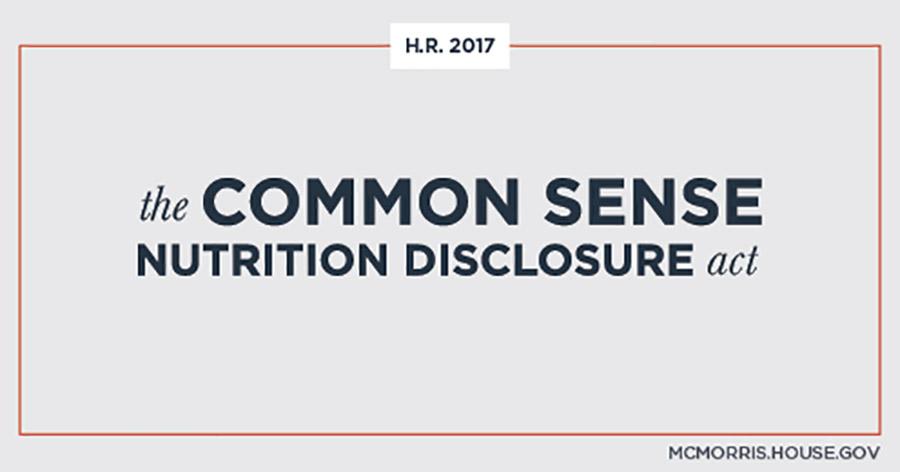 Ahead of the May compliance date for retail establishments to adopt the Food and Drug Administration’s menu-labeling rule, the U.S. House of Representatives' passage of the Common Sense Nutrition Disclosure Act of 2017 (CSNDA) has industry representatives cheering.

“This strong bipartisan effort demonstrates both Congress’ and food retailers’ interest in providing standardized nutrition information to customers without constant worries about fines and penalties for a slight error,” noted Jennifer Hatcher, chief public policy officer at Arlington, Va.-based Food Marketing Institute (FMI). “Food retailers go to great lengths to provide their customers with the nutritional information they desire, including employing dietitians in nearly 90 percent of supermarkets. This legislation gets rid of the ’gotcha state’ and allows food retailers to provide meaningful nutrition information to their customers without the fear of penalties of fines for simple errors.”

“This bill provides a commonsense solution to a burdensome regulation that was applied as a one-size-fits-all approach to vastly different industries,” said Peter J. Larkin, president and CEO of the Arlington-based National Grocers Association (NGA). “Independent supermarket operators are committed to providing their customers with accurate nutritional information, but need the flexibility to implement the rule across a multitude of store formats, all of which operate much differently than a chain restaurant.”

Earlier, a coalition of grocers, convenience store operators, chain restaurants and retail industry organizations issued a letter urging the U.S. House of Representatives to vote in favor of CSNDA, which its proponents say would address problems with the existing rule.

“The retail food marketplace is a diverse one with many different types of retail establishments that use various business models,” noted the letter (see attached file), whose signatories included Ahold Delhaize, Albertsons, Alex Lee, Big Y, Brookshire Grocery Co., Fresh Encounter, Giant Eagle, Hy-Vee, Kroger, K-VA-T/Food City, Martin’s Supermarkets, Meijer, Schnuck Markets, Wakefern Food Corp. and Weis Markets, as well as national and state trade associations FMI, NGA and the California Grocers Association, among many others. “FDA wrote the rule essentially for one type of restaurant – those with a static or fixed menu – and ignored all others in the marketplace. The recent FDA guidance was unable to resolve the issues we needed resolved. With the May 7, 2018, compliance date only a few months away, now is the time for Congress to take action and fix the rule.”

The letter went on to refute the “patently untrue” charge of the legislation’s opponents that food retailers were attempting to gain an exemption from the menu-labeling rule, explaining that “[e]very retail establishment covered under FDA’s current rule would remain covered should … CSNDA become law. These covered entities simply would gain needed regulatory flexibility.”

Other “false claims” addressed by the letter were that the bill’s passage would endanger the federal pre-emption that exists under the rule, or that it would cause undue confusion in the marketplace. “CSNDA explicitly maintains the same federal pre-emption that exists under the current rule,” the coalition members wrote. “Due to the flexibility provided by CSNDA, any establishment that already has entered into compliance with the rule as it exists presently would still be in compliance once … CSNDA is law. These retailers would not be required to change anything.”

The letter’s signatories also contended that CSNDA “provides relief from some of the most egregious sections of the existing rule to all retail food establishments, regardless of business model. It eliminates the possibility that store managers would be subjected to felony penalties for inadvertent errors in the calorie disclosures, and protects all covered stores and restaurants from the threat of frivolous litigation. At the same time, the legislation leaves FDA as the ‘cop on the beat’ for compliance. FDA would maintain all the same tools it currently has in other areas of its jurisdiction to seek out true bad actors and those who may wish to avoid the law.”

In encouraging the House to pass the bill, the coalition observed: “Our industries want a national standard for how we disclose the caloric content of the food we sell to our customers. CSNDA will provide that national standard while at the same time ensuring that we are able to do so without undue burdens that ultimately will result in fewer food choices for consumers.”

Groups like the Washington, D.C.-based Center for Science in the Public Interest (CSPI) remained unpersuaded by such arguments, however, contending that the CSNDA would lead to the “delaying and weakening [of] menu labeling,” and calling on consumers to contact their representatives to urge them to vote against the legislation.

“This bill goes against what the public wants,” asserted Margo G. Wootan the health advocacy group’s VP for nutrition. “Over 80 percent of Americans across all political parties want menu labeling, according to a new January 2018 poll released by CSPI.”

Added Wootan: “While many establishments are already labeling calories or working toward the May implementation date, these industries are lobbying to make it harder for [consumers] to get that nutrition information.”

Introduced by Reps. Cathy McMorris Rodgers, R-Wash., and Tony Cardenas, D-Calif., CSNDA passed the House with a vote of 266-157. More than 30 Democrats voted for the bill. Companion legislation has been introduced in the Senate by Sens. Roy Blunt, R-Mo., and Angus King, I-Maine. 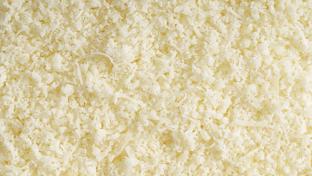 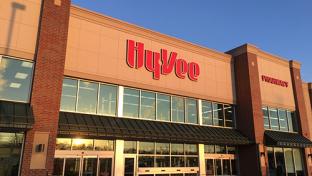 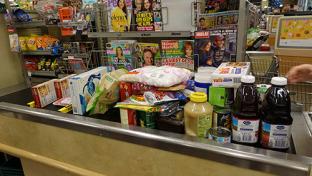 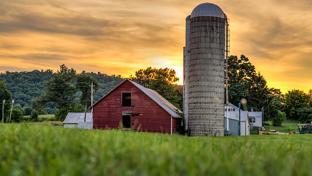 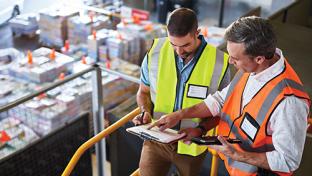