Grocers Not Getting Much Social Media Love: Report

Grocers Not Getting Much Social Media Love: Report

It's true that most supermarket shoppers interact with a number of social media platforms. Not convinced? Just check how many people on the floor are checking their Facebook or Instagram feeds next time you're walking the aisles or waiting on an order at your regular grocery store.

But although there is much social media love roaming the floor, not much of it is directed straight at the retailer running the store, according to a new report from the Retail Feedback Group (RFG), based in Lake Success, N.Y.

Despite the fact that nearly nine in 10 (87 percent) of supermarket shopper respondents to an RFG study regularly follow one or more social media sites, only one in four (25 percent) of that group claims to be friends with or connected to his or her primary grocery store, “U.S. Supermarket Shopper Digital Update” found. Social media sites used most heavily by supermarket shoppers include Facebook (89 percent), YouTube (53 percent), Twitter (30 percent), Pinterest (29 percent) and Instagram (28 percent), though different generations use different platforms at different frequencies.

“Closing the social media gap presents a real opportunity, as many shoppers will change their behavior based on recommendations from their social network,” said Brian Numainville, principal, RFG. “For example, our research shows that 45 percent of supermarket shoppers are very willing to make a new recipe or meal, and 32 percent are very willing to purchase a new food item based on social network suggestions.”

Of the more than 56 percent of supermarket shoppers who do interact with their primary food store via social media, checking the digital circular is most prevalent (65 percent), followed by researching special promotions (48 percent) and building grocery lists (46 percent), among other activities. Millennials are interacting on digital platforms at a higher rate (66 percent) as compared with Baby Boomers (47 percent).

Numainville will review some of the findings of the new report at “Social Media Strategies,” a Feb. 14 presentation to take place during The NGA Show, hosted by the Arlington, Va.-based National Grocers Association at The Mirage Hotel & Casino in Las Vegas. 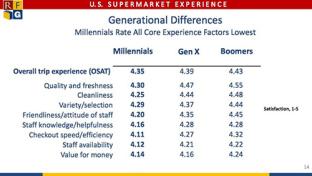 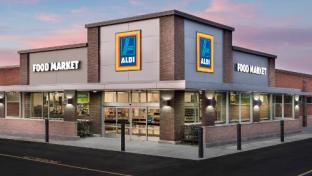 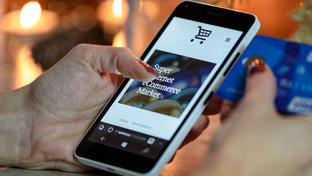