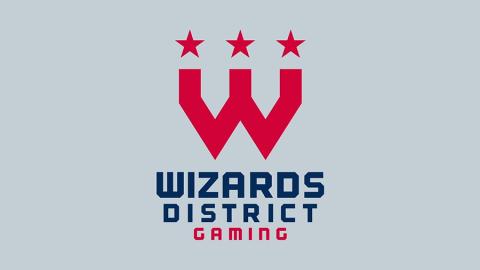 Giant Food of Landover, Md., and Monumental Sports & Entertainment (MSE) have reached an agreement to make the Ahold Delhaize USA supermarket chain a sponsor of Wizards District Gaming, beginning with its inaugural 2018 season as a member of the NBA 2K League, which is part of the eSports competitive video-gaming genre. The deal also makes Giant Food the first grocery sponsor of an eSports team.

“We are extremely excited to be a part of the inaugural season of Wizards District Gaming and the NBA 2K League,” noted John MacDonald, VP marketing at Giant Food.  “We’ve partnered with Monumental Sports & Entertainment for years to support our local teams, and we are so happy to be a part of this innovative and growing eSports community.”

Under the deal, Giant Food will be the official grocer, and its sister company Peapod will be the official online grocery delivery service, of Wizards District Gaming.  Giant Food’s logo will appear on in-game on-court signage, around player accounts and at the Wizards District Gaming practice facility. Further, the grocer will be highlighted as a sponsor in various in-game virtual assets, and Giant Food will exclusively own several streamed practice sessions and games throughout the season.

“Giant is steadfast in its commitment to the customer and recognizes the value of a rapidly growing demographic of eSports players and fans,” said Jim Van Stone, president of business operations and chief commercial officer at Washington, D.C.-based MSE, which owns and operates seven professional sports teams, including the Washington Wizards, and owns and operates the city’s Capital One Arena.  “Giant opened the first supermarket in Washington, D.C., and has remained an important, innovative presence in the region for the past 82 years.”

The NBA 2K League, a joint venture between the NBA and Take-Two Interactive, is a professional eSports league featuring what are billed as “the best NBA 2K players in the world.” The NBA 2K League’s first-ever season, featuring 17 teams, started with the league qualifier in January to determine players for tryouts in February, followed by a draft in March, and will officially get underway on May 1.

eSports have seen strong growth and are expected to grow further in the near future: San Francisco-based market research firm NewZoo, in its 2017 "Global Esports Market Report," projected eSports revenues that year to hit $696 million, a year-on-year growth of 41.3 percent, with brands expected to spend $517 million: $155 million on advertising, $266 million on sponsorship, and $95 million on media rights. They are expected to grow to $1.5 billion by 2020.

Giant Food operates 166 supermarkets in Virginia, Maryland, Delaware and the District of Columbia, and employs about 20,000 associates.