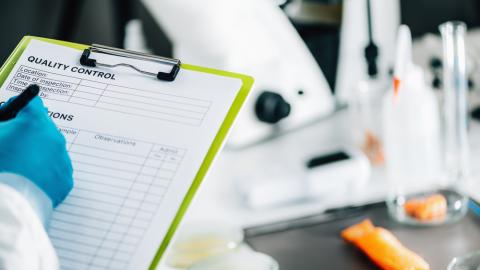 Among other recommendations to the FDA, the Reagan-Udall panel advised a shift away from reactionary approaches to food safety.

While the U.S. Food and Drug Administration (FDA) typically evaluates other organizations and industries, a new report turns the lens back onto that government agency. The Reagan-Udall Foundation, an independent 501(c)(3) created by Congress, is out with findings from an independent expert panel of foods tasked with evaluating the FDA’s Human Foods Program.

The panel was chaired by Dr. Jane Henney, former Commissioner of Food and Drugs, and included five esteemed researchers, former regulators and process improvement specialists whose knowledge base spans several public health disciplines. During a three-phase evaluation that began in September, the panel assessed key areas of the FDA, including its culture, structure/leadership, resources and authorities, and provided their recommendations to optimize the agency’s role and work. They gained insights from a host of interviews, an in-person stakeholder meeting and an online stakeholder portal, among other sources.

“We were honored to take on this challenge and worked diligently to propose changes to strengthen the operation of FDA’s Human Foods Program,” said Henney. “The report provides constructive recommendations that will take time to work through and implement, but we are confident the effort will benefit the health and safety of the American public.”

The panel identified a wide range of areas for improvement at FDA, which oversees a domestic food industry estimated to be worth $1.5 trillion and accounts for one-fifth of the nation’s economy. For example, in the area of food safety, the panel noted that the current approach focused on identifying and reacting to acute outbreaks of foodborne illness and death is “unacceptable,” as is the strategy of mainly relying on food labeling and consumer education to drive changes in the food supply. Recommendations include an increase of resources to bolster technology, staff and infrastructure at FDA.

The group also pointed to structural shortfalls at FDA. Acknowledging that the agency has a dedicated staff, the panel concluded that the current culture is “inhibiting its ability to effectively accomplish this goal” due to a lack of clear vision, a disparate structure and the absence of an ultimate decision make responsible for the Human Foods Program. Among other suggestions, the experts advised FDA to embrace a clearer vision and mission statement, shore up its recruitment and retention efforts and identify a leader for the program.

Meanwhile, as some supply chain glitches pick up and technology continues to advance across the food industry, the Reagan-Udall panel called on FDA to seek new authority on data sharing and records access. To prevent food safety and security issues, the group recommended that FDA use its mandatory recall authority more often. On the topic of nutrition labeling, the experts told FDA that it should identify opportunities to monitor both industry and consumer behavior to better understand industry implementation and consumer response to the agency’s nutrition initiatives.

Several food industry groups responded to the release of the Reagan-Udall Foundation’s report. FMI – The Food Industry Association, which provided oral and written comments during the panel’s information-gathering process, welcomed many of the suggestions. “The Human Foods Program and team have strengths but need additional enhancements,” said FMI President and CEO Leslie Sarasin. “Despite the strengths of the current program, continuous improvement should always be the goal of both the regulated community and federal agencies like FDA."

She continued, “Food safety is of paramount importance to the food industry. We consistently work to maintain and enhance the safety of the food supply chain so shoppers can have confidence that the items they purchase are safe and nutritious. FMI stands ready to work with the Biden administration, FDA leadership and other government and industry stakeholders to ensure the effectiveness our nation’s food safety program.”

The Consumer Brands Association also weighed in on the findings. “Many actions in the report support critical changes Consumer Brands advocated for, including multiple options to appoint a deputy commissioner of foods with direct line authority over all major program components, which was also backed by numerous, diverse stakeholder groups. Integrating FDA’s inspection and enforcement arm with policymakers under a single leader will position the agency to effectively deliver the food program’s mission on behalf of consumers,” declared Roberta Wagner, the group’s VP of regulatory and technical affairs.

Another industry organization, the American Frozen Food Institute, commended FDA Commissioner Dr. Robert Califf for his leadership in requesting the independent evaluation. “AFFI is particularly pleased to see the recommendation for a strong and empowered leader to make the necessary cultural and organizational changes that impact food safety. AFFI also appreciates the Reagan-Udall Foundation’s recommendation that the agency adopt a prevention-focused approach to food safety as required under the Food Safety Modernization Act,” remarked Dr. Donna Garren, AFFI’s EVP of science and policy. “If that and other report recommendations are considered and accepted by Commissioner Califf, it will create an FDA human foods program that both consumers and the regulated industry need and deserve.”

The full report from the Reagan-Udall Foundation’s panel of experts is available online.