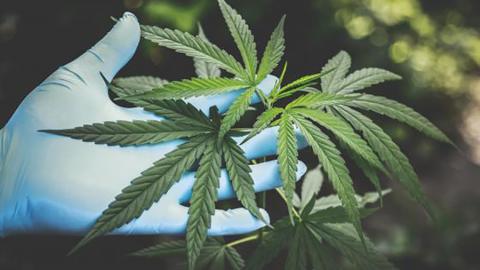 The Food and Drug Administration has issued a consumer update warning that “CBD has the potential to harm you, and harm can happen even before you become aware of it,” meaning that despite pressure from manufacturers and retailers, it could be some time before the government agency approves cannabidiol (CBD) to be used as an ingredient in food and beverage products.

The FDA warned in its update that CBD can cause liver injury; affect the metabolism of other drugs, causing serious side effects; and increase the risk of sedation and drowsiness, which can lead to injuries, if used with alcohol or other central nervous system depressants.

In addition, the FDA reiterated that it’s currently illegal to market CBD by adding it to food or labeling it as a dietary supplement, and that it has seen only limited data about CBD safety and this data points to real risks that need to be considered before taking CBD for any reason.

The agency admitted that there are important questions about CBD that it doesn’t know the answers to, such as:

The FDA added that it plans to provide an update on its progress regarding the agency’s approach to these products in the coming weeks.

“As we work quickly to further clarify our regulatory approach for products containing cannabis and cannabis-derived compounds like CBD, we’ll continue to monitor the marketplace and take action as needed against companies that violate the law in ways that raise a variety of public health concerns,” said FDA Principal Deputy Commissioner Amy Abernethy. “In line with our mission to protect the public, foster innovation and promote consumer confidence, this overarching approach regarding CBD is the same as the FDA would take for any other substance that we regulate. We remain concerned that some people wrongly think that the myriad of CBD products on the market, many of which are illegal, have been evaluated by the FDA and determined to be safe, or that trying CBD ‘can’t hurt.’ Aside from one prescription drug approved to treat two pediatric epilepsy disorders, these products have not been approved by the FDA.”

Not surprisingly, CDB stocks were down after the FDA’s update. Owen Bennett, an equity analyst for Jefferies Financial Group, said: “We've argued for a while that some near-term industry estimates for CBD are too high given the unclear regulatory outlook, and this will likely be a catalyst for re-basing. Longer term, we see significant potential but do not expect material contribution to coverage names from U.S. CBD in the next 12 months.