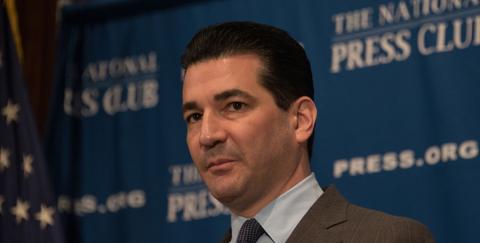 The Food and Drug Administration has issued enforcement discretion guidance with respect to certain key provisions of the Food Safety Modernization Act (FSMA).

According to the federal agency, the provisions that it won’t enforce “relate to aspects of the ‘farm’ definition, requirements related to written assurances from a manufacturer’s customers, requirements for importers of food contact substances, and requirements related to certain human food byproducts for use as animal food. … This action will help reduce the burdens on both industry and government and provide the agency the ability to consider the most effective and efficient way forward.”

Explaining the decision to delay enforcement of these provisions indefinitely, FDA Commissioner Scott Gottlieb, M.D., said: “While we’ve been setting in place the public health gains envisioned as part of FSMA by issuing new standards for food safety, we recognize that such a fundamental change in our food safety approach may require adjustments along the way to address issues that had not been previously anticipated. We value the feedback we’ve received on the new rules and understand manufacturers, farmers and other stakeholders have faced certain challenges as they work to implement the new rules. We’re actively working to pursue permanent fixes to some of these remaining issues through rulemaking or other means, but this will take time. That’s why … we released guidance outlining key areas where we intend to exercise enforcement discretion in four of the rules that implement aspects of FSMA, to address certain challenges as we work to find long-term solutions.”

Gottlieb continued: “Our aim is to work constructively with farmers and other producers to achieve our shared goals around food safety. These steps are part of our ongoing effort to make sure we take the time to get this new framework right, so it can successfully serve the needs of consumers for the long run.” The commissioner added that FDA was “committed to taking a comprehensive approach to ensuring that industry and regulatory partners have the tools they need to implement FSMA, including training, technical assistance, and guidance documents to make our expectations clear.”

When contacted by Progressive Grocer, a spokesman for the Washington, D.C.-based Grocery Manufacturers Association (GMA) responded: “GMA commends FDA for its decision to provide enforcement discretion on parts of four FSMA rules. … This decision by the agency demonstrates its commitment to collaborating with stakeholders in a manner that strengthens consumer protections through science-based standards while maintaining regulations that are practical and risk-based.”

“For FMI, 2017 represented a quest to improve food safety, which is most evident by the collaborative work our industry has achieved with FDA in implementing six sweeping rules under ... FSMA," Hilary Thesmar, chief food and product safety officer and VP, food safety programs at Arlington, Va.-based Food Marketing Institute (FMI), told PG. "FSMA requirements are both complicated and far-reaching, so we greatly appreciate the openness and collaborative spirit [in] which FDA has approached ... its rules process. The guidance is just more evidence of our ongoing communication with FDA on a complicated subject for our food retailers, wholesalers and their business partners."

Jonathan Eisen, SVP, government relations of the-based Washington International Foodservice Distributors Association (IFDA), was particularly pleased by the agency's decision not to enforce "the written assurance requirements in part 117.136 of the hazard analysis/preventive controls regulation," adding: "This decision demonstrates the FDA’s commitment to working constructively with stakeholders like IFDA to achieve our shared goals around food safety. IFDA has long advocated that the written assurance requirements were far too complicated and burdensome. We look forward to working with the FDA to strengthen consumer protections standards while maintaining regulations that are practical and science-based."

Others were less welcoming of the news, however. Dr. Peter G. Lurie, executive director and president of the Washington-based advocacy group Center for Science in the Public Interest (CSPI), characterized the move as “a rotten anniversary present,” referencing the fact that the guidance was issued on the same day seven years ago that FSMA was signed into law.

“FSMA was intended to cover the entire food chain, from farm to fork, and the Trump administration’s new guidance would create a gap in that safety chain by exempting, at least for now, some of those who harvest, package and hold food produced on farms,” observed Lurie. “In addition, the guidance would eliminate the written company-to-company food safety assurances required under the final FSMA rules that identify dangerous pathogens that should be addressed by downstream processors. Undoing those aspects of the rules threatens to expose consumers to hazards like Salmonella and E. coli.”

Lurie also criticized the fact that the enforcement delays were unveiled without prior public notice and comment.